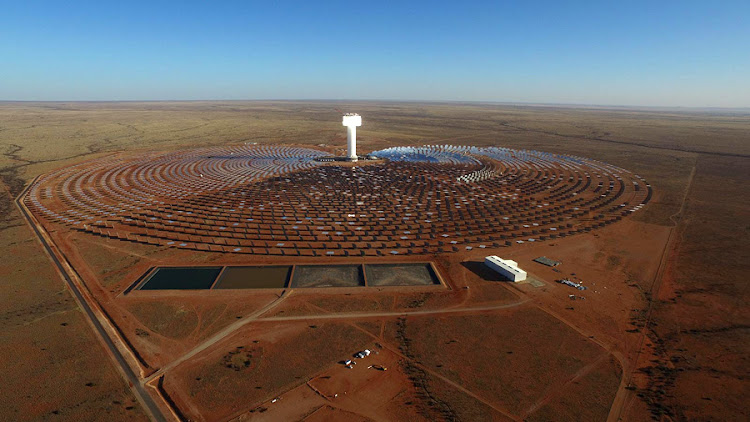 The Khi Solar One power plant near Upington in the Northern Cape.
Image: Abengoa

Africa’s first concentrated solar power plant is singeing dozens of birds in an 800°C beam of heat and injuring hundreds more that fly into its mirrors.

But a conservation ecologist who spent a summer and a winter at Khi Solar One, near Upington in the Northern Cape, said the 50MW plant's affect on birds was less than expected. 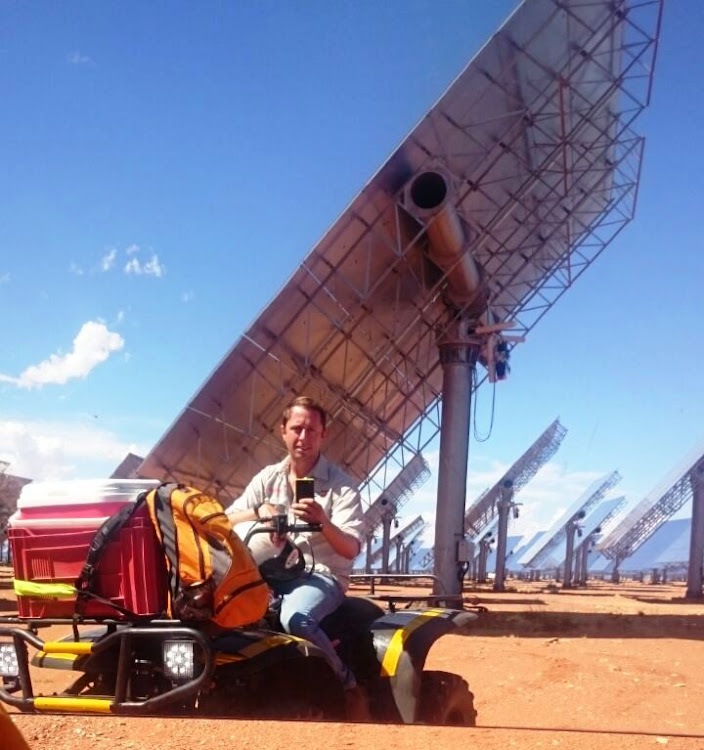 HP van Heerden, from Stellenbosch University, found 324 injured or dead birds around the 205-metre solar tower at the heart of the complex, which was developed by Abengoa of Spain and has a 20-year power purchase agreement with Eskom.

Most were found in and around the 4,200 concave solar mirrors, or heliostats, that focus the sun's energy on the top of the tower, and the rest around the power generation unit and evaporation ponds.

Van Heerden said 61% of the deaths and injuries were caused by collisions and 14% of birds were singed.

The tower at Khi Solar One, which has been in full operation for four years, contains boiling tubes which have water from the Orange River pumped into them at high pressure. Steam is then heated to 500°C so it can turn a turbine at the top of the tower.

Computers adjust the angle of each of the heliostats throughout the day so that they harvest as much solar energy as possible, and Van Heerden said the panels were the greatest danger to birds. 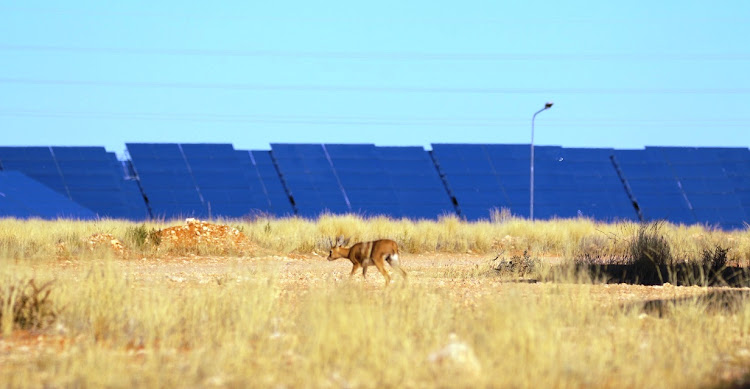 A buck grazes in the Nama Karoo veld surrounding the Khi Solar One plant near Upington.
Image: Abengoa

“Most birds collided against structures in the area where the free-standing heliostats are, and mostly along the lower quarter of these structures, roughly 3.2-metres above the ground, involving the last two panels of each heliostat,” he said. “That’s at about the normal flight height of birds like red-headed finches and lark-like buntings.”

Most incidents occurred early in the morning or around sunset when birds are most active, and Van Heerden said this may be because the heliostats were often at right angles to the ground when the sun was low in the sky.

“This creates the illusion of an unbroken landscape and can completely confuse the birds,” he said. 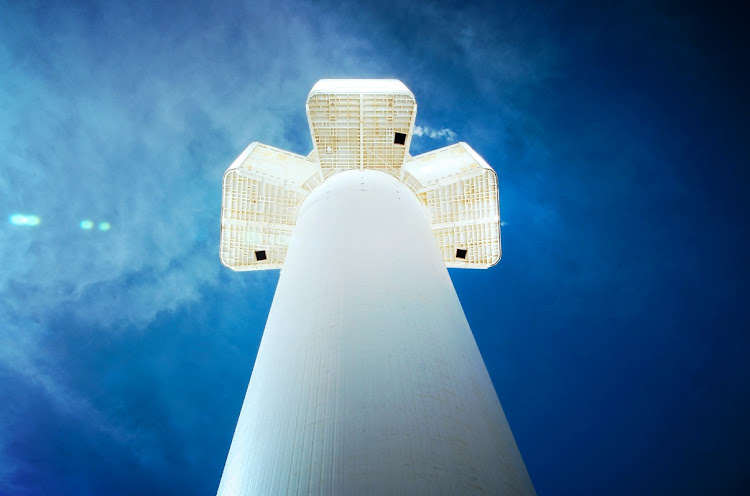 The 205-metre concentrated solar power tower at Khi Solar One has a turbine at the top and high-pressure water pipes inside.
Image: Abengoa

Migrating birds and species that hunt prey in the air were fatally burnt during summer by “solar flux”, which is a concentrated beam of sunlight radiating from the heliostats past the top of the tower and reaching temperatures up to 800C.

“The bright light radiating from the mirrors of the towers can attract insects and, in the process, also insect-eating birds,” said Van Heerden.

Most of the singeing incidents were recorded when the heliostats were in a standby position while the power plant was not in operation.

Van Heerden said his research, for a master's degree, showed that the affect concentrating solar power towers have on birds could be minimised with good management, especially during downtime.

He said heliostats should be set in a horizontal position when power is not being generated, and programmed so that they were never at right angles to the ground. 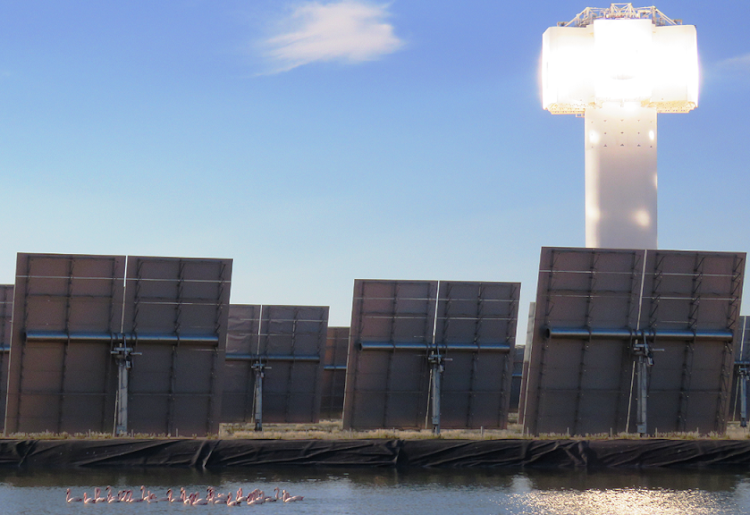 Flamingoes in one of the evaporation ponds at Khi Solar One, where a 205-metre solar tower is surrounded by 4,200 heliostats.
Image: HP van Heerden

He recorded 57 species of birds which included only one of conservation importance, the lanner falcon.

Most were seen in the Nama Karoo veld surrounding the power plant, but they included water birds such as flamingoes which arrived after the construction of evaporation ponds.

Van Heerden said reported claims from the US that solar towers could kill 28,000 birds in a year were not supported by his evidence.

One of his supervisors, Prof Karen Esler, said: “For perspective on the real affect of solar towers, one should compare bird fatalities around the site with those caused by other human activities in the area, such as farming, mining or the road network.”

Sun and salt of Northern Cape harnessed for green power

For thousands of years the power of the sun has been part of the lives of chief Paul Swartbooi's people, the indigenous inhabitants of Namaqualand.
News
3 years ago

The product, to be tried out from September, advises customers on installation and pricing
Business
10 months ago

It is back to the drawing board for a giant new wind farm project on the West Coast, following an appeal decision by environment minister Barbara ...
News
9 months ago