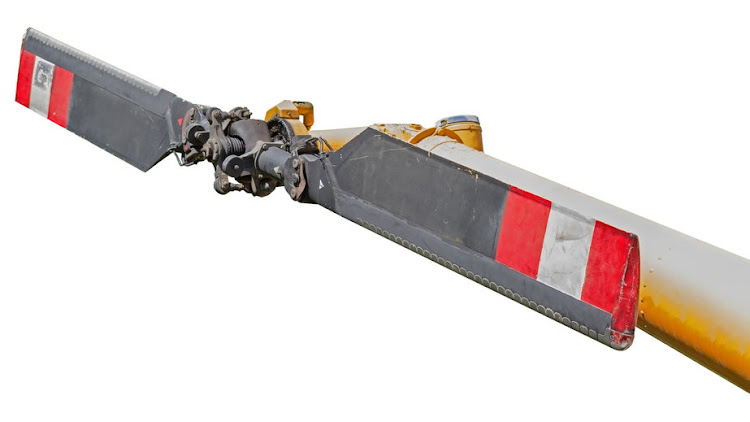 A damaged tail rotor driveshaft pinion of a helicopter was the probable cause of an accident which led to the death of a pilot and serious injuries to his passenger in Limpopo on July 30 last year. Stock photo.
Image: 123RF/samum

A pilot who died on a game culling flight in Limpopo lost control of his helicopter because of a damaged tail rotor driveshaft pinion, an investigation by the SA Civil Aviation Authority has concluded.

This ultimately resulted in tail rotor failure, causing the helicopter to spin uncontrollably before hitting the ground on July 30 2019.

The pilot and a passenger on board the Bell 47G-3B-1 helicopter took off from the Tshwarelano Game Lodge in Alldays to conduct game culling.

The passenger stated that while flying, they felt a vibration coming from the tail rotor section for about five seconds.

He further stated that the helicopter started spinning clockwise about six times before losing height and hitting the ground.

The passenger managed to remove his safety harness and got out of the wreckage but then realised the pilot was still on board and unconscious. The helicopter caught fire.

The crash investigation report revealed that the passenger managed to help the pilot out and they were subsequently transported to a nearby medical facility where the pilot succumbed to his injuries.

The helicopter was destroyed by post-impact fire.

In its report, the authority said an inspection of the tail gearbox did not reveal any signs of oil in the interior of the housing, an indication that there was insufficient oil before the accident.

It said the tail rotor gearbox was retrieved and subjected to a teardown inspection.

“The teardown inspection revealed that the pinion gear teeth and bevel gear teeth were worn, resulting in poor contact [operation] during rotation.”

The report said a contributory factor to the accident was that the gearbox was insufficiently lubricated, resulting in the gears overheating and rubbing against each other.

The authority recommended that the director of civil aviation enhance oversight of non-type certified aircraft or experimental aircraft.

“This presents the opportunity to review the aircraft maintenance records to determine if the aircraft had been in compliance with the manufacturers’ instructions and the SACAA’s requirements.”

The Civil Aviation Authority is investigating the aircraft accident in Pretoria on Tuesday that claimed the life of Anika de Beer.
News
1 year ago

CAA plane dived 1,500ft in the nine seconds before it crashed, say investigators

Seconds before crashing into a Garden Route mountain, a Civil Aviation Authority plane went into a mysterious dive, a preliminary accident report ...
News
2 years ago