Suspects bust with drugs worth R4m in Cape Town 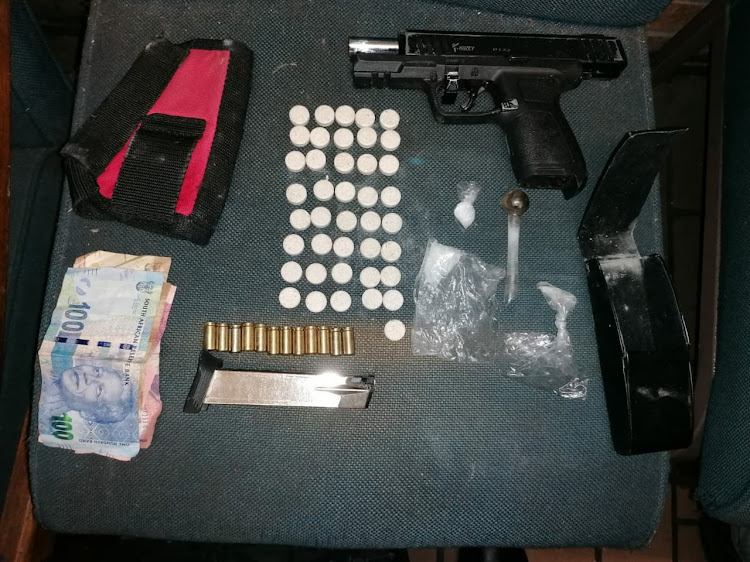 Cape Town police have spoilt the weekend for drug dealers.

According  to spokesperson Col Andrè Traut, police bust suspects with drugs worth R4m between Friday night and Saturday morning. Traut said other suspects were arrested for illegal possession of firearms.

“Our endeavours to break the back of the lucrative drug trade in this province led to the discovery of drugs valued at R4m and the arrest of three suspects during the early hours of this morning,” Traut said in a statement on Saturday.

Three people have been arrested after being caught ferrying close to R90m worth of heroin powder from Mozambique into northern KwaZulu-Natal in a ...
News
1 year ago

“Members attached to public order policing reacted on a tip-off that a vehicle was scheduled to make a drug delivery in Elsies River and conducted a vehicle checkpoint in the area.

“The vehicle in question, a Toyota Etios, was stopped and searched which resulted in the arrest of three male suspects aged between 32 and 41 for having 35,160 Mandrax tablets and 4.3kg of tik in their possession.”

Mandrax and tik found hidden under panel of car radio

Four people were arrested after drugs were found hidden in a car in the Western Cape over the weekend.
News
1 year ago

“In an unrelated operation, members of the provincial integrated team arrested a 37-year-old female in Bontebok Street, Scottsdene, Kraaifontein, last night at 10.45pm for being in possession of a prohibited 9mm pistol and ammunition as well as 4.14g of tik and 66.38g of Mandrax,” he said.

“From there the members proceeded to Eerste Avenue, Kraaifontein, where a 52-year-old man was arrested for possession of 84 Mandrax tablets and R1,100 in cash believed to be the proceeds of crime.

“In Lingelethu West, members attached to the crime prevention unit on patrol spotted a white BMW late last night and stopped the vehicle for an inspection. The vigilance of the members were rewarded with the discovery of three prohibited firearms.

“All six occupants of the vehicle, aged in their 20s, were arrested for the possession of these firearms.”

“In Manenberg, SAPS and law enforcement officers joined forces last night in an integrated operation and arrested 18 suspects aged between 18 and 51 for the possession of a variety of drugs and for being wanted on serious crimes,” he said.

“SAPS management in the province is extremely pleased with the outcome of the crime-combating initiatives and commended the various units for their selfless efforts to create a safer environment for the people of the Western Cape.”

The suspects are due in court on Monday.

Bloemfontein hit by spate of violent CIT robberies — all before teatime

Bloemfontein is busy mopping up after a spate of violent cash-in-transit robberies, seemingly committed by a single gang.
News
1 year ago

Two men were on Friday each sentenced to three life terms plus an additional 43 years in prison by the Mpumalanga high court for, among other crimes, ...
News
1 year ago

One person was killed and another arrested during an attempted robbery at a farm in Sundra, Mpumalanga
News
1 year ago