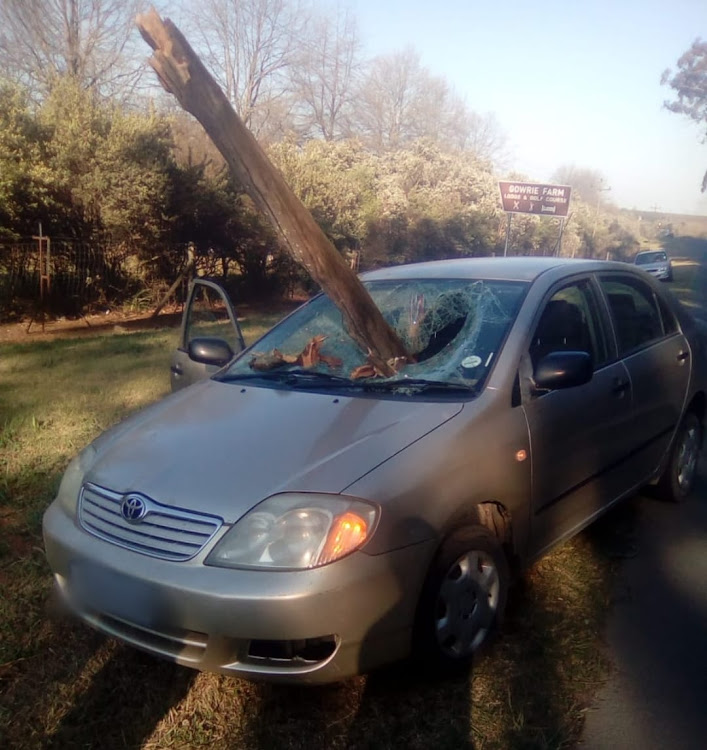 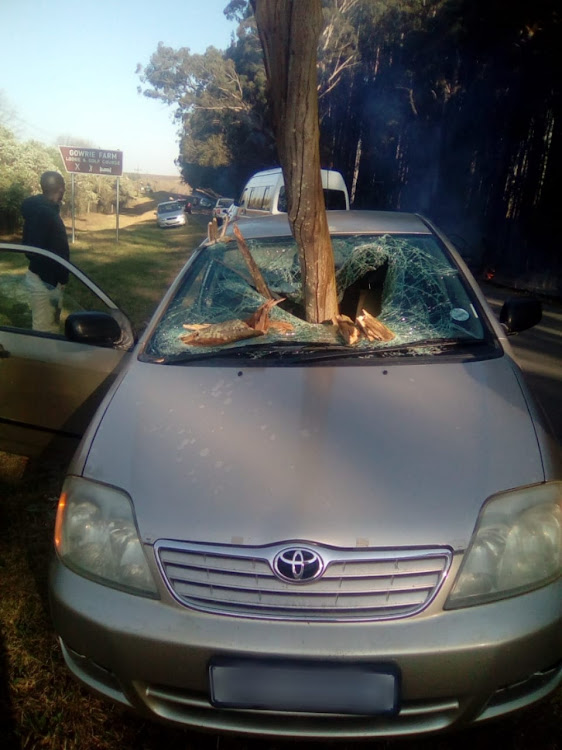 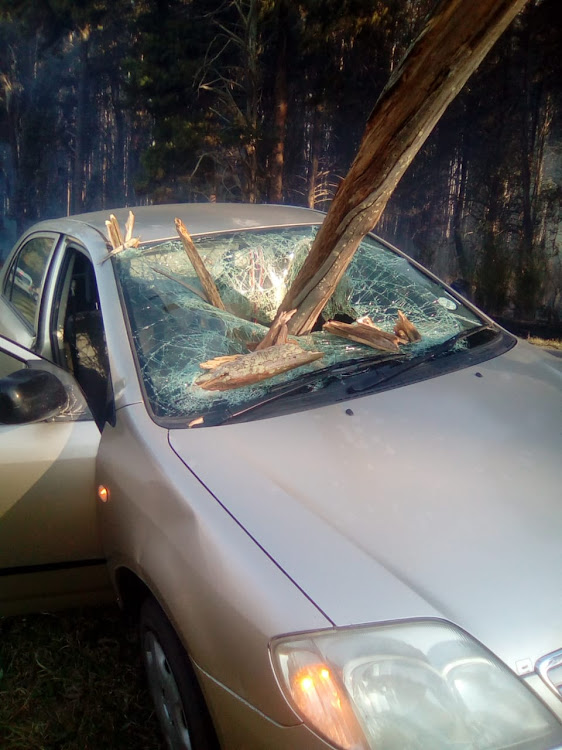 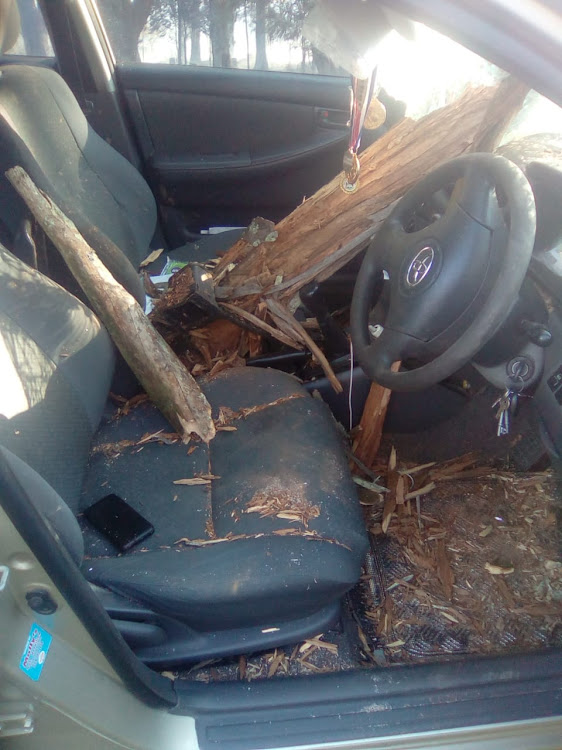 A KwaZulu-Natal man is counting his blessings after he was nearly impaled when a tree branch smashed through his windscreen in the Midlands on Sunday.

Vusi Thusi, 44, said he had been driving along the R103 from Howick to his home in Mooi River when the incident occurred about 4pm.

“I was about 500m  from Nottingham Road, near Gowrie Village. I was driving at a speed of 60-70km/h because there was a vehicle in front of me. There was a fire that was burning and running through the tree line,” he said.

Out of nowhere, a large branch from one of the burnt trees fell and smashed through his windscreen.

“I didn't see it falling. It happened so fast. I didn't know if someone was shooting at me or what, because it just came right through the windscreen and crushed the centre console behind the handbrake. I pulled off on the side and parked the vehicle.”

A driver sustained minor injuries when a branch from a burning tree smashed into his vehicle's windscreen on the R103 outside Gowrie Village in the ...
News
1 week ago

Overwhelmed by how lucky he was to be alive, the father of twin four-year-old daughters said he immediately assessed himself to see whether he had any injuries or cuts.

“I was wearing my glasses which protected my eyes because there was small pieces of glass all over my body.”

Thusi said the trees along that stretch of the R103 were a serious cause for concern for motorists.

“The trees are near the road and they often fall — especially during the rainy season.”

Despite the harrowing ordeal, Thusi was back at work on Monday. His main concern now is how he will be able to cover the bill to repair his car, which was not insured.

lucky miss today was just behind this man

The tree line in question forms part of the Rawdons Estate.

Owner Peter Dean told TimesLIVE that he was aware of the incident. He said the fire had started on a premises across the road when three high-voltage Eskom cables are believed to have swayed in the wind and touched each, causing sparks known as electrical arcing.

“There is a property on the other side of the road where the arc started due to the Eskom cables. Remember, we had tremendous winds on Sunday, up to 50km/h gusts. The embers from the fire were then blown on to our property and caused our timber plantation to catch alight.”

Dean said he was hoping that the timber plantation would regrow, citing a R500,000 loss for the estate if it doesn't.

“We can't take another knock, especially after five months of not trading — we've just only reopened.”

He said as far as he is concerned, Eskom would need to be held responsible for the cause of the fire, adding that people are understood to have witnessed the cables arcing.

“The road was covered in smoke. After the accident, I called the municipality to bring out officers to control the road and stop people from driving. A lot of people stopped driving because they were scared.”

Man's lucky escape as broken down car is crushed by train

A KwaZulu-Natal man is lucky to be alive after he jumped out of his vehicle moments before it was hit by a train, said paramedics.
News
1 week ago

Twenty-eight people were injured, six of them critically, when the light delivery vehicle they were travelling in overturned on the Golden Highway in ...
News
1 week ago
Next Article