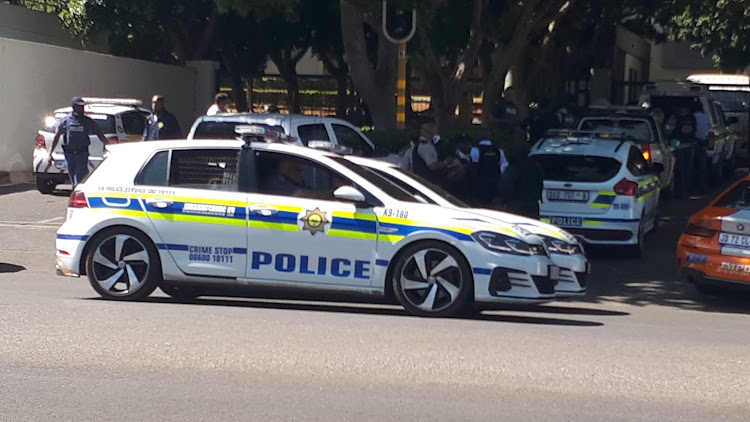 Two suspects aged 42 and 48 were arrested and an unlicensed firearm was recovered.
Image: Amina Deka Asma

Two suspects were arrested after a foiled robbery at Cresta shopping centre in Johannesburg on Monday morning, police said.

Police spokesperson Capt Mavela Masondo said six armed suspects entered a shop at the mall about 9am and held up the employees with firearms.

“One of the employees screamed for help and the suspects ran out of the shop without taking anything,” Masondo said. He said the suspects fled on foot and ran into a nearby business office park.

The gang hijacked two vehicles inside the business park but were cornered by police and security guards, Masondo said.

According to Clive Maher from SCP Security, the gang attempted to hijack a Toyota Quantum and a black VW Polo sedan.

Masondo said two suspects aged 42 and 48 were arrested and an unlicensed firearm was recovered. Police are still searching for the other four suspects. Maher said they fled on foot in different directions.

A shootout between police and robbers at Johannesburg's Cresta shopping centre has led to the arrest of two suspects.
News
1 year ago