Hammered by the economy, fledglings move back in with mom and dad 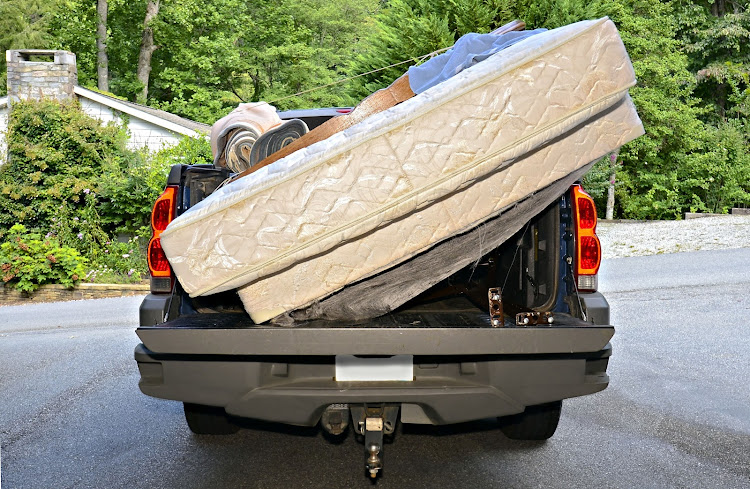 Nearly two-thirds of South Africans polled between the ages of 21 and 35 said they had to move home due to the economic impact of Covid-19. Stock photo.
Image: 123RF/Susan Leggett

Just as they've left the nest, many young South Africans are moving back home again as the economy shrinks - taking with it their plans for the future.

Research released by online classifieds community Gumtree on Tuesday indicates that 64% of young South Africans between the ages of 21 and 35 may have had to move home due to the economic effects of Covid-19.

Finance minister Tito Mboweni said in an opinion piece published on Sunday that the economy would likely contract by more than 7% this year, citing the lockdown due to the pandemic which saw domestic produce shrink by 51%.

The latest report by the National Income Dynamics Study - Coronavirus Rapid Mobile Survey in July, found an 18% decline in employment between February and April 2020.

That equates to about 3 million jobs lost - many of those being young people, who now make up a youth unemployment rate of 59% recorded by Stats SA.

South Africa's economy will likely contract this year by more than the 7% previously forecast by the Treasury, Finance Minister Tito Mboweni said in ...
Business Times
1 year ago

Gumtree's research was based on the Pew Research Centre in the US, which recently announced the findings of its US survey into urban dwelling.

“We asked our Twitter followers – particularly those between the ages of 21 and 35  - if they or someone they knew had been forced to move home,” she said.

“The results were a resounding yes, with 64% of young South Africans in our target group of 2,400 responding that they had been directly impacted by the economic knock-on effects of Covid-19.

“This is also congruent with the uptick in rental property listings that we are seeing on the Gumtree platform.”

More women in the economy is good for South Africa

In the third episode of The Handmaid's Tale, Margaret Atwood's TV adaptation of her seminal work of dystopian fiction, we are given an insight to how ...
Opinion & Analysis
1 year ago

Meanwhile, a report on September 10 by the Tenant Profile Network (TPN), a credit bureau which tracks tenant behaviour in SA, found that 11.39% of rental properties were vacant.

According to the report, this is explained by job losses and an increasing supply of rental space relative to demand.

TPN found that the market for tenants paying less than R3,000pm had the highest rental inflation, at 2.41% year-on-year. The rental inflation for those paying R12,000 or more a month was the lowest, at -0.83%

"The relative outperformance of the lowest segment appears unlikely to last as this segment has some of the most severe tenant financial pressure, along with a high estimated vacancy rate," said the report.

But Nagel still has hope for young entrepreneurs.

“We are a resilient nation and although the unemployment rate has soared ... we have also seen an uptick in entrepreneurial activity and listings on our platform,” she said.

“This could mean that although young South Africans have borne the brunt of Covid-19 economic effect, they’re ready to start something new, taking to heart the National Planning Commission’s view that small businesses are the backbone of economic recovery and stimulation for the post-Covid-19 era.

"These brave entrepreneurs would be in good company. The likes of Google, Apple, Microsoft and Amazon - all multibillion-dollar companies - all started out in their founders’ parents’ garages."

A recently retrenched young professional stood in the streets of Johannesburg handing out his CV - and yes, he got the job
News
1 year ago

Charné van Heerden, 23, is head bartender at The House of Machines bar in Cape Town, but when lockdown pitched up, her career was turned upside down.
News
1 year ago

Cape Town mother Zanele Ngcoko, who beat Covid-19, has turned to baking to make a living after she was retrenched
Lifestyle
1 year ago