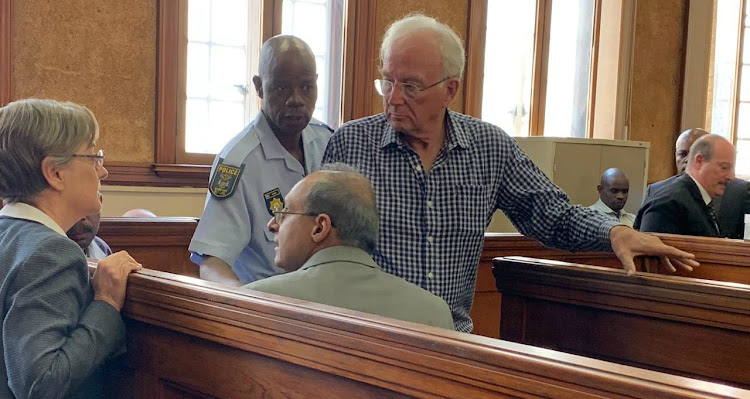 The Medical Protection Society has expressed shock at the death of Johannesburg  anaesthetist Dr Abdulhay Munshi.

“The Medical Protection Society (MPS) is shocked and saddened to hear about the death of Dr Abdulhay Munshi,” the society said in a statement.

“The thoughts and prayers of MPS and SA’s health-care profession are with Dr Munshi’s family during this sad time.”

Reports are that Munshi was shot dead on Wednesday.

Police confirmed the shooting incident but did not release Munshi's name.

Brig Mathapelo Peters said the shooting was carried out by unknown suspects on Wednesday in Norwood.

“Police are at this stage not at liberty to disclose or confirm the deceased's identity. The motive for the shooting is yet to be determined,” Peters said

Munshi was one of two prominent doctors who found themselves in the midst of a medical storm after they were blamed for the death of a 10-year-old patient after surgery.

Munshi and Prof Peter Beale were charged with culpable homicide.

The patient, Zayaan Sayed, died at Netcare's Park Lane Clinic in October last year, hours after Beale performed what was meant to be a routine laparoscopic operation to stop reflux.

The two specialists were granted bail and made their last court appearance on August 31.

Their case was postponed to November 16 and they were still out on R10,000 bail each.

Messages of condolences have started circulating with the medical fraternity mourning Munshi's death.

Meanwhile, police have called for any eyewitnesses to come forward.

“Anyone who may have witnessed the incident or have information that could lead towards the apprehension of the suspect(s) is urged to report to the nearest police station or call the crime stop number 08600 10111. Information may be provided anonymously,” said Peters.

-Article amended to reflect the society's shock at the reported death of Dr Munshi, not confirmation

Lawyers for the family of 10-year-old Zayyaan Sayed, who died hours after a prominent Joburg paediatric surgeon operated on him, are preparing to ...
News
2 years ago