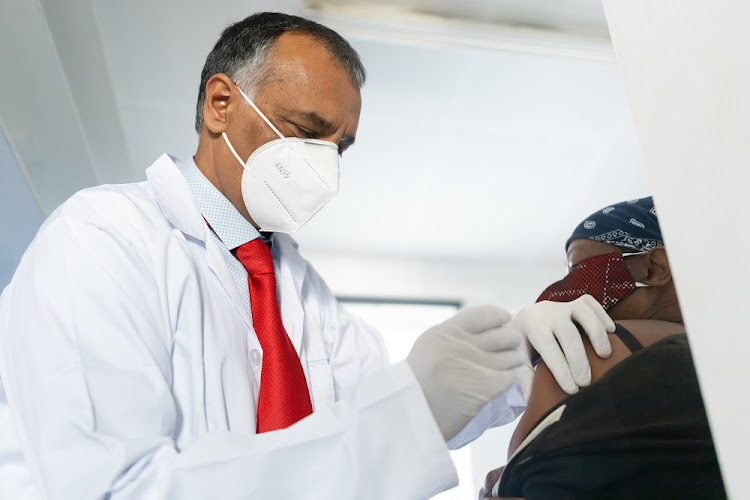 Local public health experts have raised concerns about the bulk-buying of potential Covid-19 vaccines by rich nations, arguing that this could further delay access to these life-saving shots by developing countries such as South Africa.

They were reacting to the latest report by Oxfam, which has revealed that wealthy nations representing only 13% of the global population have already bought up more than half of the promised doses of future Covid-19 vaccines.

The UK-based NGO has analysed deals struck by pharmaceuticals and vaccine producers for the five leading vaccine candidates currently in late-stage trials. Oxfam suggests that even in the extremely unlikely event that all five vaccines succeed, nearly two-thirds (61%) of the world’s population will not have a vaccine until at least 2022.

“We are going to need many millions of doses of vaccines globally. Rich nations have the cash upfront and could push poorer nations to the back of the queue,” said Prof Linda-Gail Bekker, deputy director of the Desmond Tutu HIV Centre at the University of Cape Town (UCT).

“I’m having a déjà vu to our bad old days of ARVs and we cannot let this happen with vaccines.”

Here's a roundup of the latest research on the coronavirus

“It is a reality that the population in lower- and middle-income countries has the largest burden of disease and it's exactly these populations that have less access to Covid-19 drugs and treatments such as oxygen. So it makes sense that they should be prioritised when it comes to preventative treatments,” she said.

“It will be much cheaper for many African countries to get a vaccine than to treat Covid-19. Health-care workers in these countries are such a precious resource and if we have inequitable access to vaccines, they will be negatively impacted - and fragile health-care systems will therefore even be more compromised.”

Oxfam has also warned that the same companies simply do not have the capacity to make enough vaccines for everyone who needs one. It noted that even in the extremely unlikely event that all five vaccines succeed, nearly two thirds (61%) of the world’s population will not have a vaccine until at least 2022.

The five vaccines analysed were from AstraZeneca, Gamaleya/Sputnik, Moderna, Pfizer and Sinovac.

“It’s far more likely some of these experiments will fail, leaving the number of people without access even higher,” reads the report.

"Access to a life-saving vaccine shouldn't depend on where you live or how much money you have," said Robert Silverman of Oxfam America.

"The development and approval of a safe and effective vaccine is crucial, but equally important is making sure the vaccines are available and affordable to everyone. Covid-19 anywhere is Covid-19 everywhere."

Supply deals have already been agreed for 5.3 billion doses, of which 2.7billion (51%) have been bought by developed countries including the UK, US, Australia, Hong Kong,  Macau, Japan, Switzerland and Israel, as well as the European Union.

The remaining 2.6 billion doses have been bought by or promised to developing countries - including India, Bangladesh, China, Brazil, Indonesia and Mexico, among others

Covid-19: Why a vaccine may offer better immunity than an infection

The novel coronavirus pandemic has brought “herd immunity” to the public consciousness, kindling hope the phenomenon can help slow or even end the ...
Lifestyle
1 year ago

The UK government has managed to secure deals on several leading vaccine candidates, equivalent to five doses per capita. By contrast, Oxfam analysis reveals that Bangladesh has so far secured only one dose for every nine people.

The NGO has called for a not-for-profit vaccine which would be freely available to everyone and distributed fairly based on need.

President Cyril Ramaphosa is one of 140 leaders around the world who have called for Covid-19 vaccines, treatments and tests to be patent-free, mass-produced, distributed fairly and made available to all people.

Winnie Byanyima, executive director of UNAIDS and under-secretary-general of the UN, said the HIV/Aids movement has seen in the past how corporations used monopolies to “artificially restrict supplies of life-saving medicines and inflate their prices”.

She called for a new approach that puts public health first by sharing knowledge and maximising supply. “Anything short of that will lead to more deaths and economic chaos, forcing millions into destitution,” she warned.

Prof Helen Rees, executive director of the Wits Reproductive Health and HIV Institute, compared the overbuying of Covid-19 vaccine to that of HIN1 in 2009 “when rich countries purchased most of the vaccines and poorer countries, including those on the African continent, only received small numbers of vaccines long after the pandemic had passed”.

Such an oversupply could be counterproductive as long as other parts of the world still had circulating corona virus.

“From a global health perspective, as long as there are countries anywhere in the world with circulating (novel corona virus), all countries are at risk of repeated waves of transmission as it will be impossible for any country, rich or poor,  to vaccinate 100% of their populations,” she said.

Prof Mignon McCulloch, chair of SA Paediatric Association and senior paedetrician as Red Cross Chidren’s Hospital said it was not all lost as South Africa was set to be part of Covax facility – a global initiative aimed at working with vaccine manufacturers to provide equitable access to safe and effective vaccines.

The Gavi-co-ordinated Covax currently has the world’s largest and most diverse COVID-19 vaccine portfolio - including nine candidate vaccines, with a further nine under evaluation.

“So we are feeling a little more positive. At least three vaccine trials are recruiting in SA currently and president Cyril Ramaphosa seemed to imply we would sign on to Covax.”

The World Health Organisation has expressed concern that wealthier countries hoarding vaccines for their own citizens could impede efforts to end the ...
Lifestyle
1 year ago