When the stock thieves come, plus 5 highlights from 'Vrye Weekblad' 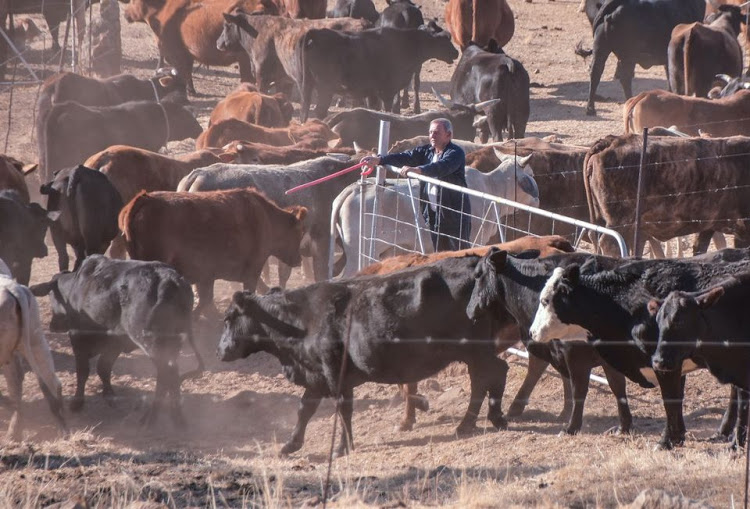 Night after night the alarms around the cattle's necks go off as the stock thieves arrive. The SA farmers on the Lesotho border are fighting these thieves alone. It is an exhausting, perpetual fight to survive.

Bees van Blerk has been farming here for 47 years. As his name says, he is a cattle farmer. He can tell many stories of the good times and the bad times with the neighbours on the other side of the border fence.

They shout and scream and threaten each other, but these neighbours also live according to a set of unwritten rules of which kindness, fairness and mutual respect are the cornerstones. These rules don't conform to the letter of the law as prescribed by law enforcement, but here, where there are mountains and endless veld between you and the nearest police station or army post, life has to go on.

Read more about SA's people and politics, as well as more news and analysis in this week's edition of Afrikaans digital weekly Vrye Weekblad.

Covid-19 has intensified the problems on the border. Therefore Van Blerk has been doing drone patrols. They are programmed to fly lower at designated points to have a look around and take pictures.

SA farmers are not the only ones afflicted. Farmers in Lesotho are complaining that more and more thieves are coming over from SA to steal their stock. Some Free State farmers have been accused of buying livestock without determining ownership.

Van Blerk runs an information network with farm workers. He pays them decent bonuses, but these shrink as cattle go missing.

This is how Van Blerk and his fellow farmers on both sides of the border survive. He makes a plan, because help is always too far away.

THE DA'S AK-47 | A political party is not a cult, says the DA's outspoken Phumzile van Damme. You don't have to agree with everything a party does to feel it is your political home.

THE CRACKS ARE SHOWING | Donald Trump is “the wrong man for the job”. That is the conclusion of veteran journalist Bob Woodward from Watergate fame in his new book about the man. But Joe Biden is still running a weak campaign.

WE HAVEN'T FAILED (YET) | Government has failed to deliver basic services and to make every citizen feel safe. But that does not mean SA is becoming a failed state.

FREE TO READ — VIRUS FATIGUE | We are drained; we are exhausted. After months of isolation we want to eat out, see friends, do things, but how do we do it safely?

FREE TO READ —#DOPBEDONNERD | Sad grapes, sensitive drinkers, fig leaf gin, a vodka lullaby and summer drinks with and without a kick ... Welcome to the first edition of #Dopbedonnerd.

Cyril is the alpha but he's not Moses, plus 5 highlights from 'Vrye Weekblad'

Fix the cause, not the symptoms - plus 5 highlights from 'Vrye Weekblad'

The exaggerated focus on symptoms rather than causes of problems is one of the reasons why SA will most likely struggle with the aftereffects of the ...
News
10 months ago