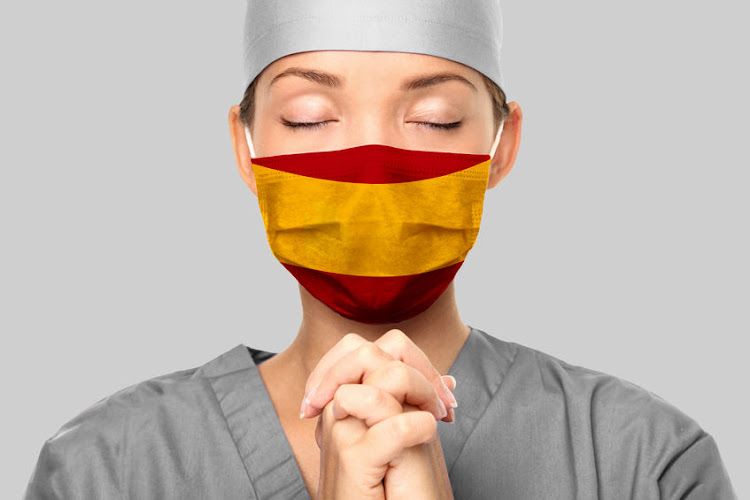 A surge in Covid-19 cases means Spain has pushed SA down to ninth in the table of nations with the most confirmed infections. 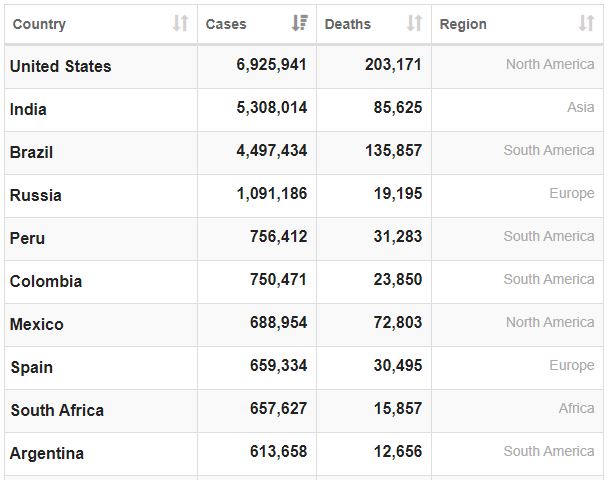 Spain has overtaken SA on the btable of countries with the most Covid-19 cases.
Image: Worldometers.info

As SA moves its lockdown to alert level one, Spain said a partial lockdown of 37 areas around Madrid would be imposed from Monday. They will affect areas where there are more than 1,000 cases per 100,000 people.

The lockdowns mean about 850,000 people will be allowed to enter and exit only on work, educational, legal or medical grounds, The Guardian reported. Gatherings will be limited to six people and parks will be closed.

Saturday is the 200th day since SA's first confirmed Covid-19 case on March 5. Spain's first case was on January 31, and community transmission had begun by mid-February.

Argentina, the country 10th in the table of countries with most Covid-19 cases, trails SA by 44,000 cases but its numbers are increasing by around 12,000 a day and it has had 174,500 new infections in the past two weeks.

Active cases have increased for each of the last three days, the first time this has happened in two months. But they have fallen by an average of 547 cases a day over the last two weeks.

Respected SA Rugby board member Monde Tabata has died due to Covid-19-related complications.
Sport
1 year ago

A British Covid-19 test known as DnaNudge which gives results in just over an hour and does not require laboratory services was accurate in almost ...
Lifestyle
1 year ago