'We can’t practise in this climate': doctors write to Cyril Ramaphosa 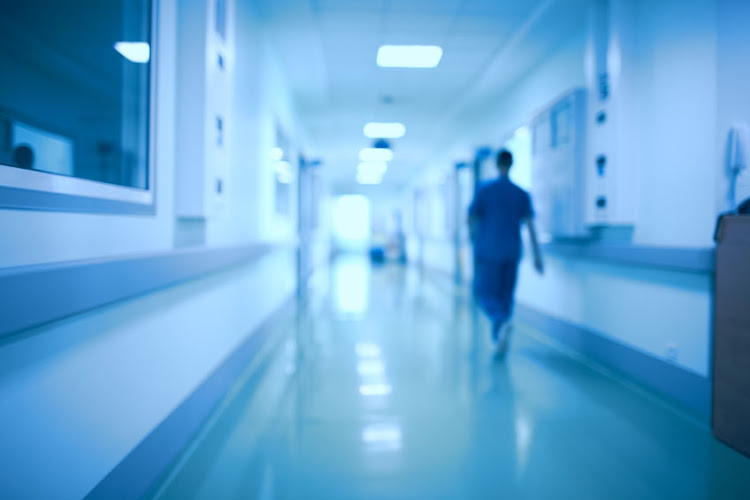 The Health Professions Council of South Africa (HPCSA) said doctors were working in a climate of fear.
Image: 123RF/Yuriy Klochan

The Health Professions Council of SA (HPCSA) has written to President Cyril Ramaphosa about the criminal case against Dr Peter Beale and Dr Abdulhay Munshi,  who was shot dead last week.

The pair were charged with culpable homicide after the death of a prominent businessman's 10-year-old son following a laparoscopic operation to stop reflux last year.

Munshi was shot five times after an apparent bumper-bashing incident in Johannesburg last Wednesday. Munshi had got out of his car to investigate when he was killed. The criminal case and shooting have unsettled the medical community and speculation abounds about the motives for the murder.

The HPCSA said on Monday that it had written to Ramaphosa about the matter after a “lack of action” by the National Prosecuting Authority (NPA) and the minister of justice.

“This has implications for the medical profession. We are just acting responsibly, just like when we notified the minister of justice and minister of police, we feel he needs to be aware of what is happening,” said spokesperson Kgosi Letlape.

Letlape said the case had criminalised the medicine profession and many doctors feared working in such conditions.

A father who took Johannesburg anaesthetist Dr Abdulhay Munshi and paediatric surgeon Professor Peter Beale to court over the death of his ...
News
1 year ago

“I am a practising doctor and I cannot practise under this climate where I may be killed for helping society. That is not the environment we want to practise in, where [by] my professional action, I can be treated as if I am a criminal when there is provision in the law in terms of how these matters should be handled.

“We are in danger. We can’t practise in this climate, the laws of the county are not being followed. Why are you not dealing with this the way it should be, why are you criminalising medicine?” asked Letlape.

He said it was important for the council to alert the president of what had been happening so it did not come as a shock when doctors refused to do their jobs.

“It can’t be that when people refuse to practise or leave the profession, the president wonders why or why he wasn’t alerted to the issues,” he said.

Paediatric surgeon Prof Peter Beale has gone into hiding after the death of fellow-accused Munshi.

The child's father Mo Sayed has denied any involvement in the shooting.

“Naturally there is a lot of speculation about the motive for the murder and status of the case against the doctors. It seems some are now trying to use this unfortunate and tragic incident to delegitimise the ongoing court process,” he was quoted as saying by the Sunday Times.

“We would never do something like this. I have spent a substantial amount of funds and resources to bring this case to where it is, which is to the court to get justice.”

Just hours after his colleague was gunned down in Johannesburg this week, paediatric surgeon professor Peter Beale fled his home and went into hiding.
News
1 year ago

The killing this week of anaesthetist Dr Abdulhay Munshi has justifiably caused concern among not only his colleagues in the medical fraternity but ...
Opinion & Analysis
1 year ago

All it took was three minutes: the ‘brutal’ murder of Dr Munshi

Three minutes. That's all it took for a gunman to kill anaesthetist Dr Abdulhay Munshi, say witnesses who were "right there".
News
1 year ago