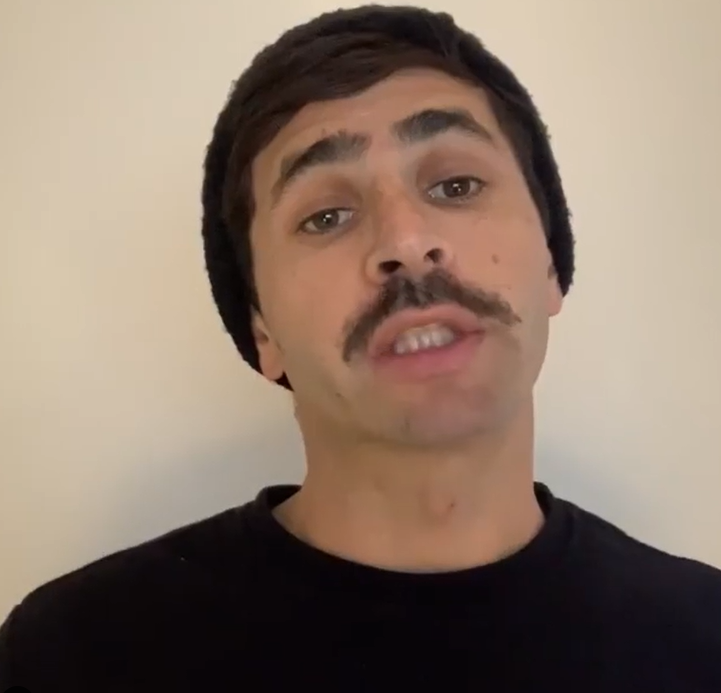 The parody, called My Kreepy Teacher, has cheered thousands.

My Octopus Teacher is a Netflix documentary produced by filmmaker Craig Foster in partnership with Sea Change Project, a community of journalists and scientists who are raising awareness about the “ecological importance of SA's kelp forest.”

It tells the story of how Foster became friends with an octopus during his daily swims at the Cape Town kelp forest.

Biderman-Pam wrote and directed the parody. He collaborated with editor Declan Mancafilmmaker Michael Carter, who was behind the camera and Mike Sharman from ad agency, Retroviral.

“The parody was done in a matter of days. Mike from Retroviral reached out on Thursday, and we brainstormed the idea. On Friday we sourced location [and] wardrobe, and we shot on Saturday morning. At night it was done,” he said.

Anyone who has watched both the spoof and the original will agree that Biderman-Pam nailed Foster's voice. He told TimesLIVE that it took a lot of practice to get it right.

“I practised and looked at the trailer many times to get the tone and pitch exactly the same as Craig's. It’s a difficult voice to get, but as an actor you have to learn to be different characters,” he said.

“To do a parody you need to do a different angle. The intention was not to make fun of it but to find something that South Africans can relate to - and for us that was Kreepy Krauly, which has a weird shape and it also lives under water.

“We were not trying to be nasty but find other angles that the same story fits into. A good parody doesn’t make anyone feel bad.”

Vagina art: it's been a thing since art began