‘We don’t even have photo of our murdered little girl’ 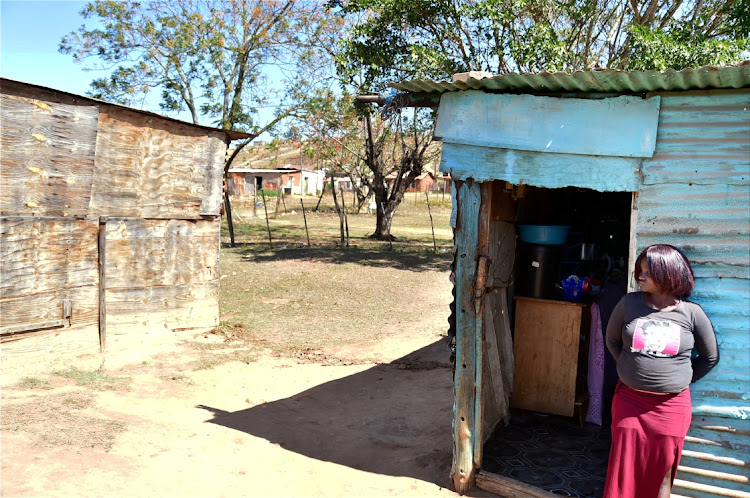 Mandisa Tom, Aqhama’s mother, stares at the shack where her daughter may have been murdered
Image: EUGENE COETZEE

When Cekizwa Tom saw a photograph of her murdered granddaughter, Aqhama, she broke down in tears at the realisation that she would never see the bubbly grade 2 pupil again.

Her pain was deepened  by the fact that the family does not have a single photograph of the little girl.

The only available picture of the eight-year-old is a digital copy of her school photograph sent to the ward councillor’s phone as the family members have no phones of their own.

On Monday, Tom stared longingly at the photograph shown to her on a cellphone after last seeing her grandchild on Sunday September 13.

Aqhama’s body was found on Tuesday last week after she was reported missing by her mother, Mandisa, and grandmother at the Hankey police station.

Aqhama had last been seen at about 4pm on September 13 in Matodlana Street in Weston, Hankey.

Her body was discovered in the bushes near the R330 by police after the suspect allegedly told them where he had left the body.

The family allege the man had dug a small grave for little Aqhama and she was discovered without any clothes on.

The suspect, 40, lives only a metre from Aqhama’s home.

The man, who appeared in court on Thursday on a charge of murder, will remain behind bars until his next court appearance on Monday.

Aqhama was buried on Sunday.

Tom, who is hard of hearing, described her as a bright young girl who was always obedient.

“On Sunday [last week], we were sitting in the house and I’d been playing with Aqhama and her siblings, telling them stories and making them laugh, when our neighbour knocked and asked if he could send her to the shop.

“The shop is close by and she would go with another friend of hers.”

Tom said that, a little later, she had seen Aqhama’s friend walking by herself.

She said Aqhama’s friend had told her she had been instructed by the suspect to turn around and go home, leaving Aqhama to go to the shop alone. 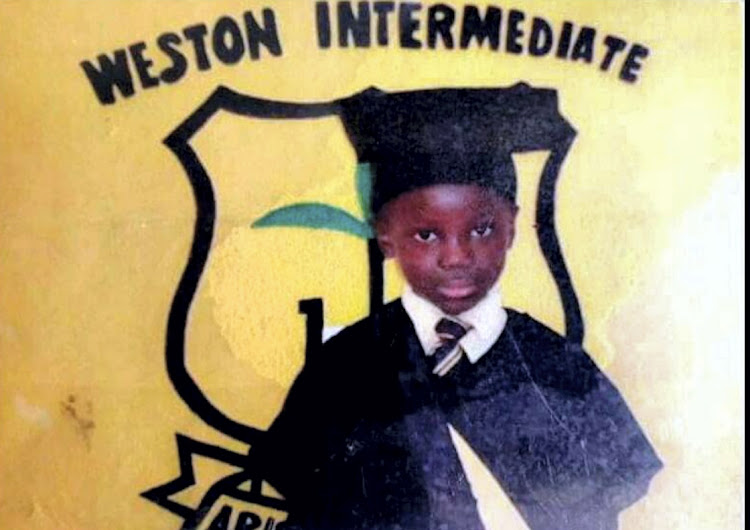 This is the only existing photograph of murdered Aqhama Tom, 8, whose body was discovered by police in Hankey on Tuesday last week.
Image: Supplied

Tom said it was only when it started getting dark that she realised Aqhama had not returned yet and she had then gone to knock on her neighbour’s door.

He was not home, so she returned a little while later but he was still not there.

“I stayed up, worried, but then I had some hope that she had gone and visited her father or my sister who live in the area.

“But when morning came and Aqhama’s mother returned [she had been out for the night], I asked her to go and look for her,” she said.

Mandisa, 25, said she had been hopeful that her second-eldest child was still alive when she went looking for her on Monday last week.

However, when one of the children in the area told a relative of hers that they had seen the man going into a toilet stall, which the family shared with him, and acting suspiciously,  she had started worrying in earnest.

She said she had not been too worried before that as the community was close-knit.

“I mean, we all live together and so far nothing as tragic and horrific has happened in Weston because we all know each other,” Mandisa said.

The family of five live in a small one-room shack, where some sleep on the double bed carefully placed in a corner while the rest sleep on the floor.

Mandisa said the man had moved into the nearby shack, which belonged to his sister, no more than two months ago.

“The house was locked up until he moved here about two months ago, and we’ve been good neighbours,” she  said.

On Monday, family member Fundiswa Bam pointed furiously at the suspect’s wooden shack, saying that it had to be demolished.

“It can’t be that whenever Aqhama’s mother steps outside she is reminded of where this man slept and where her daughter was probably killed.

“I’m praying for the death penalty to come back in time for his sentencing because we can’t continue living like this as women and children ... living like we’re being hunted,” Bam said.

Peters said, on hearing the devastating news, she had made calls appealing for help from anyone willing to assist the family.

“Officials from the district municipality have arrived today to get the details for the family to try to sort them out with a temporary structure.

“In the meantime, I’m looking for a plot of land where that structure would be placed because the property their shack is on right now does not belong to them,” Peters said.

Former lawyer, on parole, in court for brutal murder of his four children

The Limpopo man allegedly hacked to death three of his children with an axe and bludgeoned the last-born with a rock after accusing his wife of ...
News
1 year ago

Gauteng police are investigating the murder of two small children whose bodies have been found in Orange Farm, south of Johannesburg.
News
1 year ago

27-year-old gets two life sentences for murder and rape of girl, 9

A man from Mpumalanga has been given two life sentences for murdering and raping a nine-year-old girl.
News
1 year ago