This is why we risk our lives: Poachers speak about why they do what they do

The lack of money and jobs, peer pressure and ignorance about the penalties and impact on their families were among the motivations for poaching 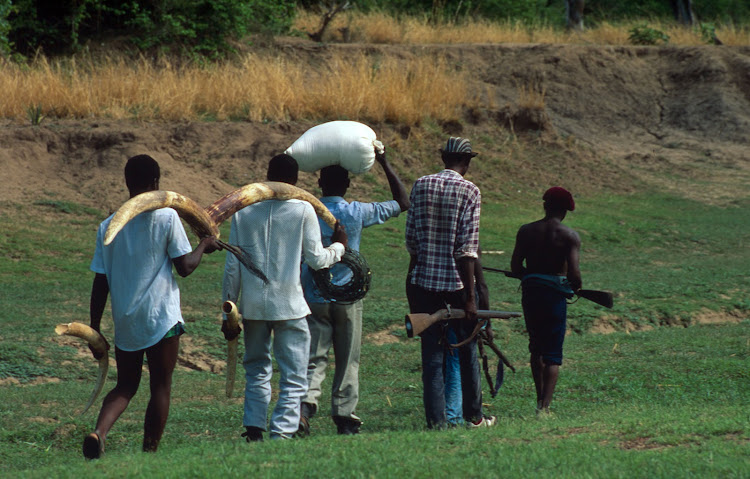 The lack of money and jobs, peer pressure and ignorance about the penalties and impact on their families were among the motivations for poaching, 73 convicted wildlife crime offenders in 25 SA prisons said in interviews.

The wildlife trade monitoring network, TRAFFIC, conducted the interviews for a study The People Beyond the Poaching: Interviews with convicted offenders in SA. It released details of the interviews on Thursday morning.

Nearly three-quarters of the offenders (54 individuals) were imprisoned for rhino-related crimes, while 10 were convicted for poaching abalone and nine for cycad-related offences. Of the group, 97% were men.

“There is no money where I am from. That’s why I was tempted,” said one of the offenders. 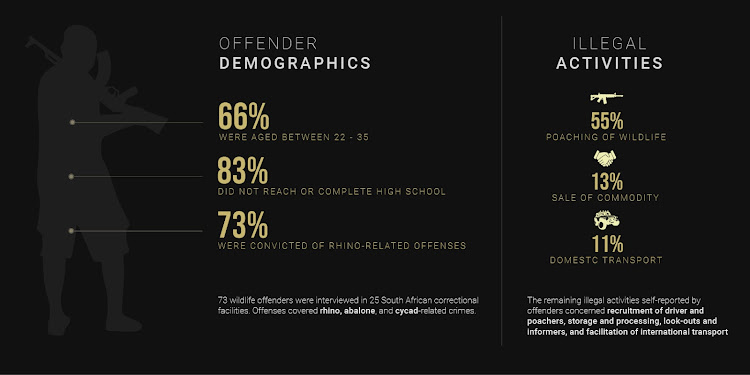 A new report on wlidlife trafficking shows most SA offenders were under 35 years old, without matric
Image: TRAFFIC

Another said: “If I were working, I would not have gone and done this. It’s just sometimes when you are in [a] tough situation, you resort to desperate measures.”

Most of them had no matric, had no jobs or were informally employed before they turned to the illegal wildlife trade.

“Yes, I was fully aware that my decision was illegal, but I was encouraged to take the risk to make ends meet for my family,” said one offender.

More than 80% did not reach or finish high school, 38% were unemployed and 54% were influenced by peer pressure.

The lifestyle of peers who profited from wildlife crime looked as if it were worth risking their safety and freedom for.

“It was peer pressure that got me into this. My friends were older than me and they used to poach. They were driving cars and I wished to be like them ... but I was fooled, and I regret what I did,” one man said.

Behind bars, many expressed their regret for the negative impact on their families. An assortment of modified rifles confiscated in Cameroon and used for suspected wildlife poaching
Image: A Walmsley / TRAFFIC

TRAFFIC research officer Sade Moneron, author of the new study, said: “Simple messages underlining the often-unreported personal consequences on both offenders and their families could be used to deter individuals from engaging in illegal wildlife trade.”

More than half of them took part in the poaching side of the supply chain, with 14% providing transport, 13% involved in sales, 11% with processing and storage, 11% recruitment and 4% acting as lookouts or informers.

To break the chain of the illegal wildlife trade, high-level players should be targeted, the study recommended.

“It is paramount that the arrests and prosecutions of such individuals increase,” said Moneron.

Providing basic services and jobs, particularly for the “communities most at risk of being exploited by criminal networks for illegal wildlife trade” was also needed to disrupt this trade.

“There is a need to engage these communities as equal partners ... to prevent and combat engagement in illegal activities,” said Moneron, and co-authors David Newton and Adam Armstrong. 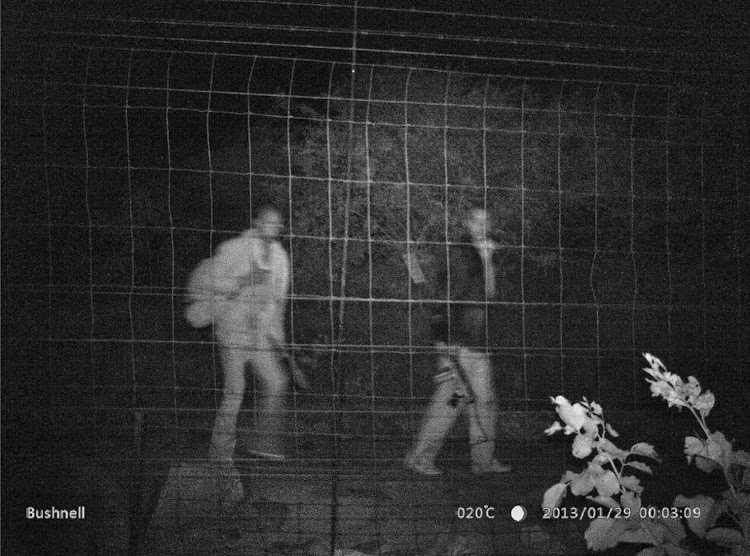 Two abalone smugglers were each sentenced to five years in prison this week, just over two months after they were arrested in a joint police ...
News
1 year ago

The environmental affairs department says the lockdown has resulted in a significant drop in rhino poaching.
News
1 year ago