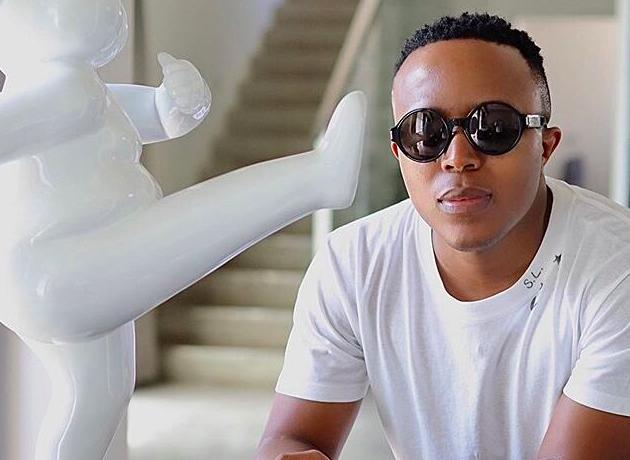 Sars got interested when Hamilton Ndlovu posted a video of his luxury cars, worth more than R11m. Now the taxman has reportedly closed his bank accounts and driven off with three of the cars.
Image: Twitter/@kulanicool

Gauteng businessman Hamilton Ndlovu's flashy stance appears to have caught up with him after revenue service Sars reportedly froze his bank accounts and seized three of his luxury cars.

Ndlovu made headlines in May after he posted a video boasting about buying a fleet of luxury vehicles worth more than R11m. The vehicles included three Porsches, a Jeep and a Lamborghini Urus SUV.

After the video went viral and was criticised, the businessman and CEO of Hamilton Holdings, an engineering solutions company, issued an apology. Ndlovu at the time confirmed to TimesLIVE that the statement was authentic and that he was sincere.

“After much introspection and taking counsel from my family and community elders, I realised that the video was in poor taste and appeared at a very unfortunate time for our country as we are battling an invisible enemy in Covid-19, which has once more exposed huge challenges faced by my community and many other townships in our country,” Ndlovu said.

“I accept the video has caused much anger and anxiety within the family in the past few days, and to a greater extent has rendered the family vulnerable to unnecessary attention.”

A Gauteng businessman has apologised for a video posted showing his latest collection of luxury performance vehicles.
News
2 years ago

On Tuesday, Daily Maverick reported that Sars was looking into how Ndlovu accumulated his wealth and was also interested in knowing if the businessman was up to date on his tax payments.

The report said Sars conducted a search and seizure operation at Hamilton’s residence on September 11, after the North Gauteng High Court issued the provisional preservation order.

Ndlovu's three Porsches — a 911 Carrera Cabrio, a Cayenne S Coupe and a Panamera GTS Sport — have reportedly been seized. Sars has also frozen more than R6m in the companies’ bank accounts.

City Press reported that the Hawks started investigating Ndlovu after he posted the video of his cars on social media.

The publication said the crime unit was also investigating allegations that Ndlovu benefited from an Eastern Cape PPE contract.

However, Sunday Times reported that following suspicions that Ndlovu benefited from the deal, embattled Gauteng health MEC Bandile Masuku requested a list of companies that were awarded contracts. Ndlovu's companies were not on the list.

On social media, many users weighed in on the situation. Here is a snapshot of what they had to say.

Hamilton Ndlovu not representing black excellence in any way. When you steal from the government, you're stealing from the poor people meant to receive the products/services. Anybody who does this actually hates black people in this country. https://t.co/0rvdAInb0a

What’s happening to Hamilton Ndlovu is one of the reasons why I’ll never post my card or properties on social media...even my face will remain very scarce here on social media😊

"Hamilton Ndlovu should have kept a low profile..."

So says a person who post a 6 pack of castle lite every month end.. You can't hide R72 and you expect someone to hide millions of rands.

So South Africans on social media are advising others that if you are robbing the state and corrupt and making millions make sure that you eat it in secret and not show off. The same people that are complaining about corruption.

Y’all remember when Hamilton Ndlovu’s mother was singing praises and speaking in tongues with joy at her new Porsche jiki jiki its stolen PPE funds? God acted speedily to regulate her prayers.

No woman was kidnapped at gunpoint at Boulders Shopping Centre in Midrand on Tuesday, provincial police have confirmed.
News
1 year ago

Corruption Watch says there are “deeply troubling” trends of corruption at schools and within the health-care sector in SA.
News
1 year ago

The Hawks have arrested a 33-year-old man who allegedly tried to trick them into releasing the impounded vehicle of  businessman Sam “Mshengu” ...
News
1 year ago