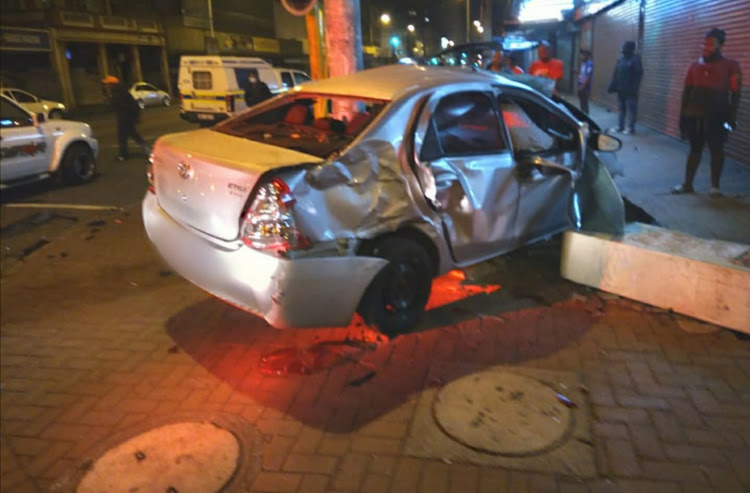 Two people were killed and six people were injured in a collision in Durban on Friday.
Image: Life Response

Two people were killed and six others injured in an early morning crash in Durban on Friday.

Life Response spokesperson Leon Fourie said the accident took place in the city centre around 4.30am.

“On arrival paramedics found two vehicles had collided in an intersection, leaving three people trapped in the wreckage and five others injured.”

Fourie said advanced life support paramedics and the fire department were called to help, and the jaws of life were used to free the three passengers from the wreckage.

“The cause of the accident is unknown. The police collision unit was at the scene and will investigate,” said Fourie.

A case of culpable homicide is being investigated after a homeless person was killed when three vehicles collided at an intersection in Durban on ...
News
1 year ago

The driver of an unbranded state vehicle noticed smoke enter the car before the flames fully engulfed the vehicle at the entrance to the Durban ...
News
1 year ago