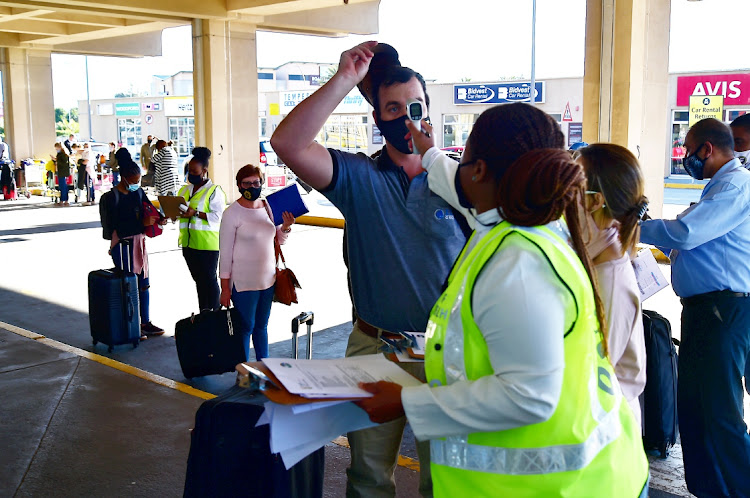 Passengers being screened at Port Elizabeth airport. New Covid-19 cases in SA on Tuesday were again below 1,000.
Image: EUGENE COETZEE

Health minister Zweli Mkhize said on Tuesday this takes the number of confirmed cases countrywide to 672,572.

On Tuesday Mkhize also announced that 81 deaths had been recorded in the past 24 hours.

Of these, eight were in the Eastern Cape and the North West, 10 in the Northern Cape, 11 in KwaZulu-Natal, 28 in Gauteng, five in Limpopo and the Free State, and six in the Western Cape

Is SA seeing a drop or rise in Covid-19 numbers under level 1? Here is what authorities say

SA is one of 16 countries that have shown an increase in Covid-19 cases.
News
1 year ago

India's coronavirus case tally topped 6 million after it reported 82,170 new infections in the last 24 hours, data from the health ministry showed on ...
News
1 year ago