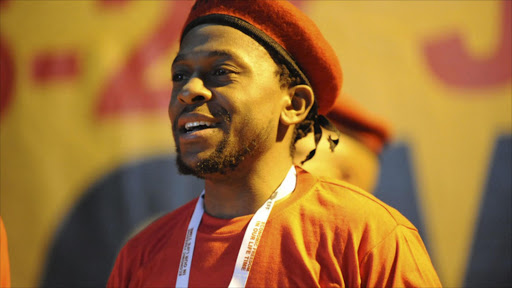 Mzansi's "national chef", finance minister Tito Mboweni, was at it again in the kitchen on Tuesday, but not everyone was impressed.

Mboweni is not only skilled when it comes to the numbers, but also fancies himself an expert at the stove and shared snaps of his "snack" with followers on social media

When the Twitter food critics were weighing in on his dish, which consisted of eggs, garlic, onions, tomatoes and two slices of brown bread, it was his use of six eggs that got the streets all stressed.

A very unusual snack is loading! I am hungry!! pic.twitter.com/nY4KbRE7rG

Many couldn't believe he used so many eggs for a "snack", while others claimed he was "splurging" in a time when many were unemployed and hungry.

One follower even photoshopped transport minister Fikile Mbalula into the picture, placing him at Mboweni's dinner table.

⁦@MbalulaFikile⁩! Are you a spook? How did you get into my dining room?? Hayibo!! pic.twitter.com/wNYXOTSG7W

Posting a picture of Humpty Dumpty, Ndlozi wrote: "With half a dozen eggs in a single belly, all at once, you might become Humpty Dumpty - the egg man who fell from a wall. They couldn’t put him together ever again. Poor Humpty Dumpty!"

With half a dozen eggs in a single belly, all at once, you might become Humpty Dumpty - the Egg Man who fell from a wall. They couldn’t put him together ever again... poor Humpty Dumpty! https://t.co/cMsPf4aoxl pic.twitter.com/2YnLD4BO8O

Of course, Ndlozi's comment sparked reactions of its own.

And then a re ke snack... pic.twitter.com/KBwreU1XiL

Yoh, ha.a Ndlozi, when y'all had this much expensive alcohol who complained, leave Tito alone for God's sake pic.twitter.com/eF84qt0cBO

You need to attend angry management classes, if 6 eggs can make you angry like this 😂 pic.twitter.com/Duw2zneU9L

Does national chef Mboweni have a co-pilot in DA's Steenhuisen?

Interim DA leader John Steenhuisen put his cooking skills to the test on Heritage Day, making what he said was one of his favourite dishes, the bunny ...
Politics
1 year ago

'Masonja & rice with a fork & knife?' — Mboweni ditches pilchards, but Twitter is still not impressed

Reactions to Tito Mboweni's “weed patch” snap smoked the internet on Tuesday, resulting in the finance minister deleting his post
Politics
1 year ago