Xenophobia in the spotlight

As xenophobia in SA simmers, officials are targeting foreigners and children are being attacked by classmates 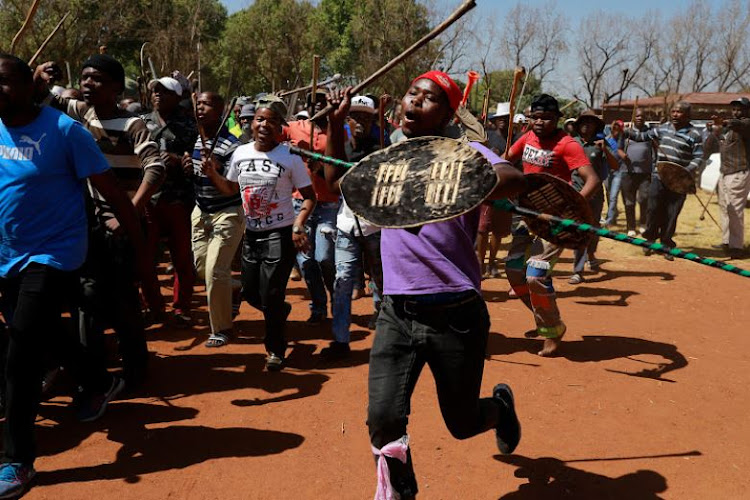 Protesters from hostels in Johannesburg march in 2019. Carrying weapons, including knobkerries, the men sang: 'Foreigners must go back to where they came from.'
Image: Alon Skuy

Human Rights Watch (HRW) has released a scathing report on xenophobia in SA.

It reveals that the number of foreigners killed in a wave of deadly violence last year was under recorded, with attacks also occurring in schools.

Titled “They Have Robbed Me of My Life”, the report’s authors documented xenophobia between March 2019 and March 2020.

The research reveals how anti-foreign sentiment is rising and instead of taking steps to prevent attacks, law-enforcement and government officials target foreigners in public statements, often referring to them as “ungovernable”.

The report says of SA’s citizens:

Central to the report is the deadly xenophobic violence which occurred in Gauteng, the Western Cape and KwaZulu-Natal between August and September 2019.

Rising xenophobic rhetoric on social media is sparking fears of impending attacks on foreigners in the country.
News
1 year ago

While the government said only 12 people were killed in the violence, with only two of those who died foreigners, the report’s authors say that based on interviews with foreign embassy officials, community leaders, lawyers and civil society organisations, there were “a higher number of fatalities”.

The research shows that of those murdered in the violence, 18 were foreigners and seven South Africans.

It also documents how xenophobia is rising in schools, with foreign children and teachers violently attacked and taunted by SA children.

The report documents how xenophobia is rising in schools, with foreign children and teachers violently attacked and taunted by SA children.

Researchers say a grade 10 Cape Town girl from the Democratic Republic of the Congo (DRC) narrowly survived one such attack.

They say Nathalie (not her real name) was beaten so severely on August 27 2019, shortly after she was elected a class monitor, that she was hospitalised for nine days.

“She was severely beaten by fellow pupils who thought a non-national was undeserving of being elected to such a position.

“Education authorities took no action because, according to them, the offending pupils expressed remorse and taking further action would, in their view, inflame tensions.

“When this report was finalised in August 2020, Nathalie had still not returned to school out of fear. Her attackers are still attending the school, but have faced no consequences.”

The report highlights how public servants often deny the existence of xenophobia or, in some cases, tacitly approve of it.

“Based on interviews with people in Western Cape, Gauteng and KwaZulu-Natal, this report [also] documents xenophobic harassment and attacks by South Africans, including government and law-enforcement officials.”

The authors criticised law enforcers for bogus “documentation raids” and raids on foreign-owned stores under the guise of searching for counterfeit goods.

“The government claims counterfeit goods raids protect the local economy and SA jobs, but sellers told HRW the police have sold confiscated goods back to them after ransacking their shops.”

The report recommends, among other things, that:

'Communities take the law into their own hands'

Dewa Mavhinga, HRW’s Southern Africa director, said they had monitored xenophobic violence in SA and the authorities responses to it for 12 years.

“For this report, we looked at what happened a year after the launch of NAP. What we found was alarming. There is no protection for foreigners. Communities take the law into their own hands and loot properties, with foreigners having nowhere to go, as police provide no protection.

“Because there is wide-scale violence without accountability, it fuels further attacks.”

Because there is wide-scale violence without accountability, it fuels further attacks.

He said worrying was the preoccupation and obsession authorities had with semantics, saying the violence was criminal and not xenophobic.

“This is an excuse and justification for the violence. Criminality and xenophobia are not mutual exclusive.”

Mavhinga said they would engage the government on their report.

“There are often early warnings for when xenophobic violence may occur, who the perpetrators are, but the work to prevent violence has been insubstantial. The responses post-violence provide limited recourse and accountability,” she said.

“Discrimination, racism and intolerance needs to be acknowledged before it can be dealt with.”

The African Diaspora Forum’s Dr Vusi Sibanda said: “Government needs to start behaving like a government and ensuring the protection of the rights of everyone in SA, and stop laying blame on migrants for its service delivery failures.

“Migrants are not responsible for service delivery issues. Government must stop brainwashing citizens to think migrants are at fault.”

Demonstrators are marching on the Nigerian and Zimbabwean embassies in Pretoria on Wednesday, alleging the involvement of those nationals in SA's ...
News
1 year ago