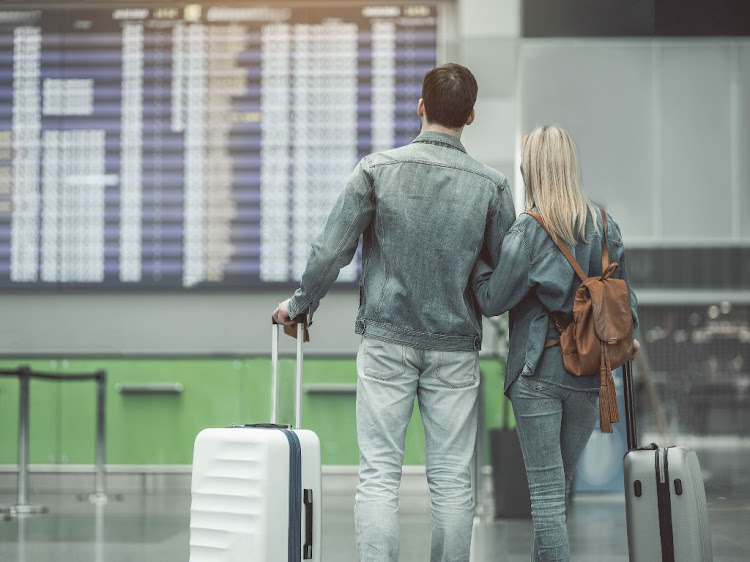 The country will gradually and cautiously ease restrictions on international travel for business, leisure and other travel with effect from October 1.
Image: 123RF / Iakovenko

The government on Wednesday revealed a long list of restrictions for international travellers and outlined what they can expect at the airport when coming into the country.

SA will gradually and cautiously ease restrictions on international travel for business, leisure and other travel. The rules came into effect on Thursday, October 1, and after the easing of lockdown regulations to level 1.

Visitors from African countries will be allowed into the country but leisure travellers from Covid-19 countries deemed high-risk won't be permitted access. The government revealed a list of 60 such countries.

International relations and co-operation minister Naledi Pandor said SA had developed a risk categorisation model for different international travellers, and the scale ranks from high, to medium and low risk.

High-risk travellers are those who come from countries with higher numbers of Covid-19 infections and reported deaths compared to SA.

Medium risk travellers are from countries with a relatively equal number of infections and death tolls to SA.

Low-risk travellers originate from countries with a lesser number of infections and death toll compared to SA.

Here are 6 key takes from Pandor's address.
News
11 months ago

Long-term visa holders who visit the country for business purposes, diplomats, repatriated people, investors, and people participating in professional sporting and cultural events from high-risk countries would be allowed entry but should adhere to certain conditions.

Here is a wrap of key restrictions that travellers planning to enter the country should be aware of:

Here are 6 key takes from Pandor's address.
News
11 months ago

You shall not pass this port: SA’s borders open, but not to everyone

UK, US and France named ‘high-risk’ countries, meaning leisure travellers will not be allowed in from Thursday
News
11 months ago

UK, US and French tourists will not be allowed into SA

Leisure travellers from the UK and the US are among those who will not be allowed to enter SA when international borders open on Thursday.
Politics
11 months ago