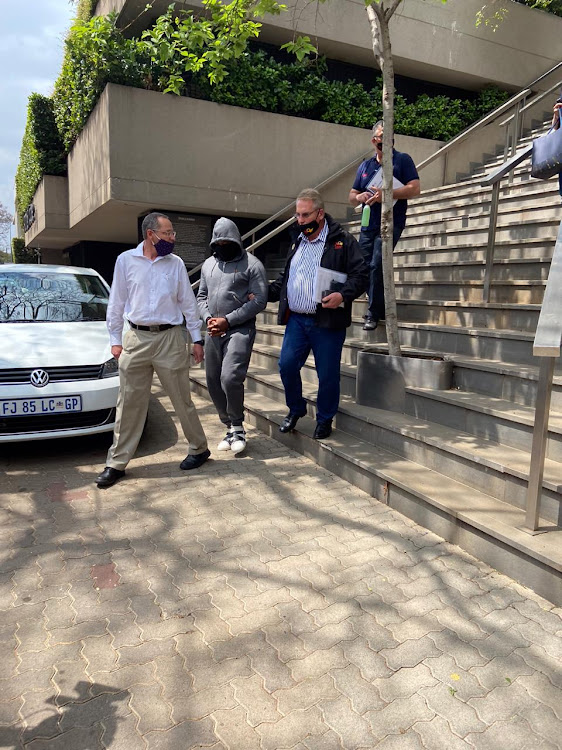 Businessman Edwin Sodi and two companies involved in the “masterminding” of an allegedly corrupt R255m asbestos audit project in the Free State were paid R51m before they had even started the work.

This is contained in a 39-page indictment prepared by law enforcement agents against Sodi and six other accused, who include three government officials.

The seven and their companies are also accused of attempting to steal R25m from the state.

According to an indictment seen by TimesLIVE, the seven accused and their five companies face 60 charges which include corruption, fraud, money laundering, contravention of the Prevention and Combating of Corrupt Activities Act (Precca) and contravention of the Public Finance Management Act (PFMA).

The arrests follow a R255m tender the Free State department of human settlements awarded in 2014 to audit and assess households in the province with asbestos roofing.

According to the indictment, Sodi and Blackhead Consulting were appointed in March 2014 by the Gauteng human settlements department for the asbestos eradication project.

“The first phase entailed an assessment to be carried out from March 2015 to April 2014 at a rate of R650 per house,” the indictment states.

The state alleges that the price was inflated to R850 per house.

It further states that in May 2014, Sodi and Blackhead formed a joint venture with Diamond Hill and requested for an appointment on risk “audit and assessment, handling of hazardous material and disposal of asbestos in the Free State”.

“The rates were outlines as door-to-door assessment at R1,300 per house, excluding VAT, and removal and disposal to an approved designated site at R32,760 per house,” the document reads.

In August, the Gauteng department approved the participation. The indictment states Mokhesi was assisted by Zulu in his submissions.

In October, Mokhesi then appointed Sodi, Blackhead and Diamond Hill as “professional resource team for the eradication of asbestos in the Free State” province.

Two months before receiving an appointment letter from the Free State government, Sodi, Blackhead and Diamond Hill allegedly subcontracted work worth more than R44m to Radebe and Mastertrade 232.

During October, Sodi, Blackhead and Diamond Hill allegedly subcontracted work worth more than R21m to Manyeki and Ori Group.

The indictment states that in 2015, the auditor-general found that the contract between Blackhead and Diamond Hill and the Free State human settlements department was irregularly procured. The companies were paid a further R139m in 36 payments.

The indictment further states that Sodi, Blackhead, Diamond Hill, Radebe, Mastertrade 232, Manyeki and Ori Group did not adhere to the asbestos regulations, nor did any of them consult the South African Institute for Occupational Hygiene, as stipulated in the regulations.

Sodi, Blackhead and Diamond Hill allegedly paid R600,000 on behalf of Zulu as part payment for a vehicle, after Zulu allegedly assisted them in their appointment, the indictment says.

Sodi, Blackhead and Diamond Hill are also accused of allegedly paying Mokhesi R650,000 as a gratification.

The indictment further alleges that Zulu was also paid R1m.

“In that accused 11 [Zulu] unlawfully and intentionally assisted in the manipulation of the process of appointment of Sodi, Blackhead and Diamond Hill,” it reads.

A day before his arrest, Sodi revealed to the Zondo commission that his company allegedly made several payments to prominent ANC figures.

The names of ANC leaders that were flagged were those of health minister Zweli Mkhize, labour and employment minister Thulas Nxesi, ANC treasurer-general Paul Mashatile and deputy ministers Pinky Kekana and Zizi Kodwa.

He admitted that he generously donated to the ANC, particularly during the 2014 election campaign.

Nxesi has promised his full co-operation with law enforcement agencies and the state capture inquiry about a R45,000 payment that Sodi made for “underprivileged” schoolchildren at his request.

I’m not pimply, I was just helping out my ANC pals in a squeeze, says Sodi

Blackhead director says he grew up with the ANC and helped its members out. Nothing more, nothing less
Politics
1 year ago

Controversial businessman Edwin Sodi was grilled on Tuesday about several payments his company made to prominent ANC figures.
Politics
1 year ago