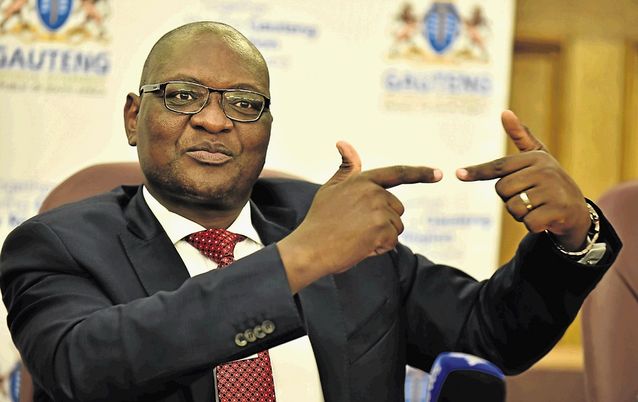 This comes just two days after he was suspended by Gauteng premier David Makhura after recommendations by the Special Investigating Unit (SIU) in a report presented to the premier on September 22.

“Prof Mkhululi Lukhele, head of department at the department of health has informed Makhura of his resignation,” provincial spokesperson Vuyo Mhaga said.

This week, the deputy director-general for HR and corporate services in the department of health, Andile Gwabeni, was served with a letter of suspension.

Mhaga said Makhura has reiterated that all those involved in Covid-19 corruption and malfeasance — whether they are public officials, public servants or business people — must be brought to justice.

Makhura said Lukhele's suspension was due to his alleged failure to exercise his responsibilities in the awarding of contracts to certain companies for procurement related to goods and services which were part of the province's response to the Covid-19 pandemic.

“The actions, or omission, by the HOD may have resulted in the department incurring fruitless and wasteful expenditure,” said Makhura.

Lukhele was expected to remain under precautionary suspension pending the completion of investigations by the SIU and disciplinary proceedings for misconduct.

The DA had earlier called for Lukhele's suspension.

The party's Jack Bloom called for the SIU reports to be made public and criminal charges instituted against all those implicated in corruption.

Gauteng has already initiated disciplinary steps and civil action against senior government officials implicated in wrongdoing in line with the ...
News
1 year ago