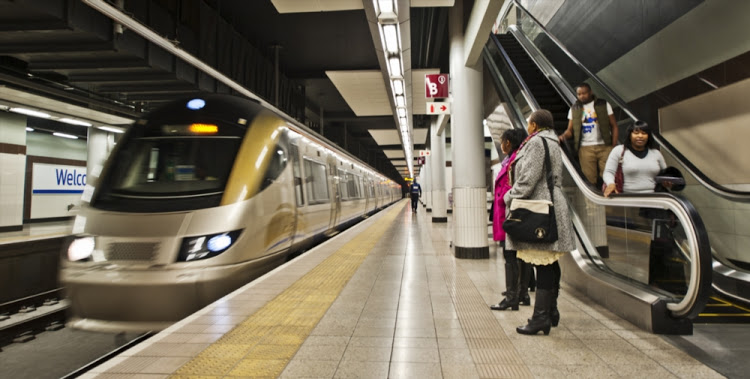 The National Union of Metalworkers of SA (Numsa) says its striking Gautrain members will continue to picket until their demands are met.

The union announced on Sunday that its members would embark on protest action against Gautrain operator Bombela Operating Company (BOC).

Speaking to TimesLIVE on Monday, Numsa spokesperson Phakamile Hlubi-Majola said:  “Our members are picketing and will continue until their demands are met.

“Management is not willing to meaningfully engage with employees. They are trying to impose a 4.1% increase. Our members are demanding an 8% increase.”

Gautrain workers will go on strike on Monday: Numsa

Gautrain workers affiliated to the National Union of Metalworkers of SA (Numsa) will go on strike from Monday.
News
1 year ago

The union accused the company of not putting the offer on the table during negotiations.

“They imposed it on us. They sent us an e-mail and said it’s 4% or nothing and we are not negotiating. That is negotiating in bad faith,” Hlubi-Majola said.

The union rejected statements allegedly made by the company that Numsa members were demanding a 26% wage increase.

“That is outrageous. It’s absolute hogwash and we reject it with the contempt it deserves.”

Gautrain spokesperson Kesagee Nayager said negotiations between the two parties had deadlocked after the union rejected the company’s 4.1% offer.

“We have not officially seen the 8% demand that Numsa has been referring to in the media. We believe an increase of 4.1% is fair, given our economic circumstances as a country as well as globally,” she said.

“Since the outbreak of Covid-19, not a single Gautrain worker took home reduced pay and not a single job was lost at Gautrain.”

Nayager said the company was calling on Numsa to accept the 4.1% offer the company had put on the table.

“We have implemented a contingency plan to ensure we continue to deliver a train service to our passengers. The train service will not be available during the off-peak period today [Monday], but the bus and midi-bus service is not affected by the strike and will continue to operate as per the standard schedule,” she said.

“We apologise in advance for the inconvenience to our passengers and assure them that we will keep them informed of any changes in this regard.”

Nehawu fights on for wage hikes

The National Education, Health and Allied Workers’ Union (Nehawu) says its members will stage a demonstration at the Union Buildings in Pretoria on ...
News
1 year ago

A subsidiary of Numsa Investment Company has partnered with an Indian group listed in the US to roll out remdesivir -  an anti-viral drug which has ...
Business Times
1 year ago