'They beat children into obedience' 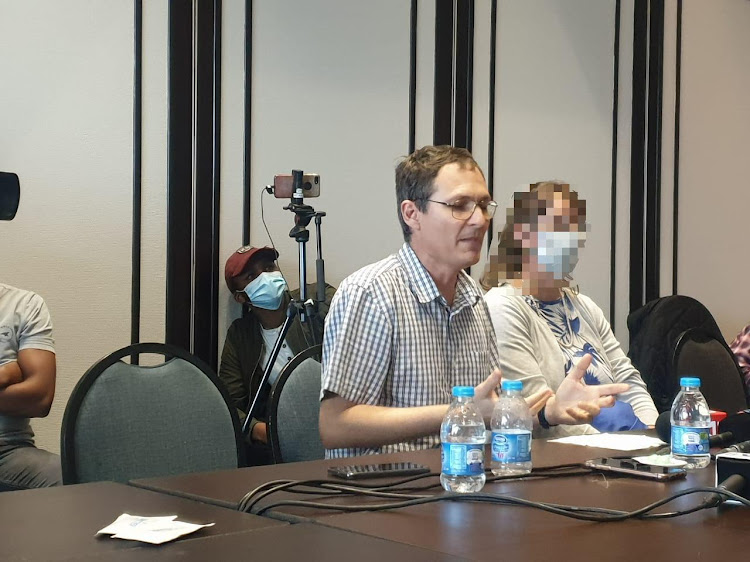 A former pastor at the KwaSizabantu mission broke down on Tuesday as he told the Commission for the Promotion and Protection of the Rights of Cultural, Religious and Linguistic Communities (CRL) about the way the mission treated children.

Pieter Becker, who grew up at the mission, was a preacher at the church for 17 years before he left in 2013.

The commission began its three-day probe on Monday into allegations of sexual and religious abuse at the mission in northern KwaZulu-Natal, which came to light after an exposé.

The church has denied the allegations and is expected to appear before the commission on Wednesday.

Becker was the second witness on day two of the probe.

Compelling evidence from a witness blew the lid open on allegations of rape and murder at KwaSizabantu mission in northern KwaZulu-Natal on Monday.
News
1 year ago

“Sometimes I would pray to God and cry at night for the past pupils and the children of the co-workers who grew up at KwaSizabantu. Some of them want nothing to do with God and it broke my heart and I cried out to God,” said a teary Becker.

“I realised the reason these children didn't want God was because they don't want the God of KwaSizabantu.”

Pieter Becker a former preacher at #KwaSizabantu broke down when speaking of the treatment of children @TimesLIVE @yasantha pic.twitter.com/nLh91mHt9v

Becker told the commission of the condemnation and punishment that children were subjected to, and of the racial disparity when it came to hair policy, with black girls having to shave their heads.

He gave evidence of physical abuse, citing a case in which someone was allegedly beaten 70 times on the back.

“They have been hurting people — that's the problem with KwaSizabantu — they have not liked the Lord Jesus. They beat children into obedience,” he said.

Becker told the commission of an instance where a co-worker was raped but the matter was allegedly swept under the carpet. He said all he wanted from the commission was to make those responsible for the alleged abuse and distorting religion to be brought to justice.

“I want to start off by saying I love the people of KwaSizabantu dearly, they are my life. I pray to God sometimes for the leaders to say, Lord if it's possible I will go to hell, so they can go to heaven,” he said.

On Tuesday the commission heard testimony from a woman who testified in camera as well as a victim of abuse who has since forsaken religion because of the trauma.

Police and the National Prosecuting Authority are expected to appear before the commission on Tuesday.

After 35 years, KwaSizabantu rape accuser at last has some hope of justice

PODCAST | Spotlight on cults in SA

The word "cult" is widely, and often incorrectly, used in popular culture, so much so that the true meaning has almost been lost.
News
1 year ago