'Police have made sex workers their ATMs,' deputy minister says

Police are turning sex work into a money-making scheme and are arresting sex workers as a ploy to get bribes, Hendrietta Bogopane-Zulu says 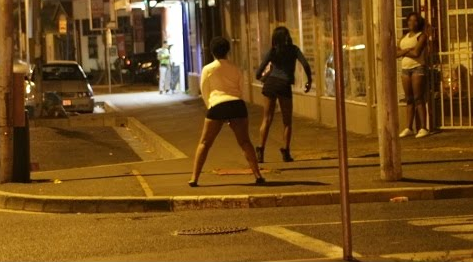 Deputy Minister Hendrietta Bogopane-Zulu says South Africans must identify themselves as sex workers in order to relate to their struggles.
Image: Anthony Moleneux

The country’s police are turning sex work into a money-making scheme and are deliberately arresting sex workers as a ploy to get bribes, social development deputy minister Hendrietta Bogopane-Zulu has charged.

“The police have made sex workers their ATMs. Whenever they feel broke they go arrest sex workers and make them pay the guilty fine, but also when their wives don’t give them sex they just go and want to get sex for free. This can’t continue … we want to trade freely as entrepreneurs,” Bogopane-Zulu, who described herself as a chief sex worker, said.

Speaking at a dialogue with sex workers on Monday to discuss the impact of the lockdown on sex work, Bogopane-Zulu said that unless everyone in the country started putting themselves in the shoes of sex workers, they would always be treated as outcasts.

“There is no 'us and them'. We are all sex workers, the difference is … are you pre-paid, are you pay-as-you-go or are you on contract? Either way, you are a sex worker,” she said, to the applause of sex workers and other delegates in attendance.

“The idea of us and them should never exist,” said Bogopane-Zulu, adding that, as a married woman, she too fell into the category of sex workers, the only difference being that she was prepaid as lobola was paid for her.

She said claiming this title would help government departments provide better service to this group, which remains at greatest risk of HIV, pregnancy, cervical cancer and gender-based violence.

Deputy police minister Cassel Mathale committed the police ministry and police to doing better when dealing with sex workers. While sex work was still criminalised in SA, Mathale said that didn’t give the police the right to victimise sex workers such as assaulting them, as they too had human rights and should be “treated as human being first”.

He said decriminalisation of sex work would make the jobs of police officers easy. Mathale was in agreement that sex workers ended up bribing police to avoid arrest.

“Because sex workers don’t want to be arrested they end up paying so that they don’t go to jail. We are fully aware of that and will make sure that these things are dealt with,” he said.

For many South Africans going on lockdown meant staying at home with family while those who had to work did so virtually in most cases.
News
1 year ago

Among the topics discussed at Monday's gathering was the progress made on the implementation of the sex worker strategy 2016-2019, and the 2019-22 proposed plans.

The strategy discusses, among other things, the health and safety of sex workers in the context of HIV, halving gender-based violence provision of pre-exposure prophylaxis (PrEP) and decriminalisation of sex work.

Sanac CEO Dr Fareed Abdullah said SA was one of the worst countries in terms of HIV infections, with the highest prevalence of HIV among sex workers. A study done among street-based sex workers who worked on the national road between Johannesburg and Bloemfontein, found that 88% of them were HIV-positive and 75% became pregnant.

“I can tell you that there is no higher prevalence of HIV in any community in any part of the world. In which country do you see sex workers not having access to contraceptives? It’s unbelievable. Only in this country where sex workers who are at risk of pregnancy cannot have access to condoms,” he said.

Abdullah said there were more sex workers in the country than workers in gold mines, which is one of the key drivers of the economy.

He commended sex workers for the role that they played in the acceptance of PrEP in SA, saying was it not for this key population the country would have no such HIV preventative initiative.

Bogopane-Zulu said her department has failed to understand the role of sex workers in families. Instead of protecting and empathising with sex workers, who had no access to childcare services, many mothers had their children taken away from them into foster care, suggesting that they didn’t care for their children.

“We are very quick at sending the social worker to remove the child and we are very slow to provide the psychosocial support when the sex worker needs it.

“The positive parenting programme does not assist the mother that is a sex worker to actually ensure that her daughter will not become a sex worker. We are also the custodian of prevention, but we haven’t done a good job there,” she said.

Sex workers in Thailand have launched a petition calling for prostitution to be decriminalised and urging authorities to remove all penalties for ...
News
1 year ago

Lockdown may have undone the strides made to assist sex workers with health care, said members of the Soweto Sex Worker Project at Chris Hani ...
News
2 years ago