The group had accused the man of murder 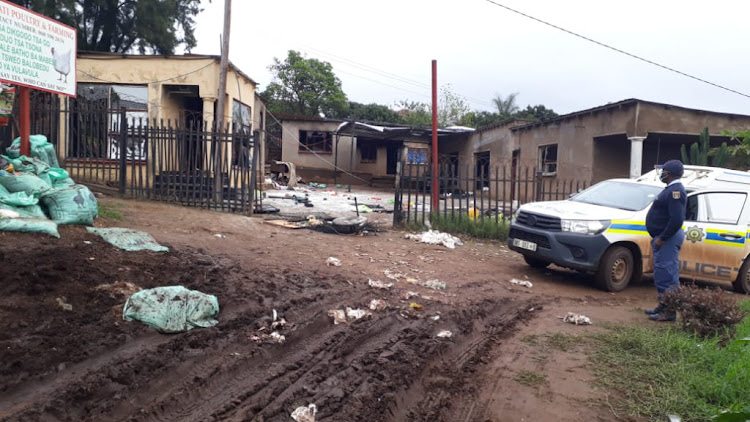 Limpopo police are searching for information that will lead to the arrest of people involved in the torching of a business premises, a home and vehicle, and the killing of livestock in GaRapitsi, Itireleng Section.
Image: Provided

The police in Limpopo are searching for information which will lead to the arrest of those involved in the torching of a business premises, a home and vehicle, and the killing of livestock in GaRapitsi.

The incident occurred on Thursday when a mob accused a 47-year-old businessman of murder.

“It is alleged that a group of residents from this village torched the victim's shop and one motor vehicle. They proceeded to his house, burnt it and in the process killed some livestock, including chickens, goats and pigs,” said police spokesperson Brig Motlafela Mojapelo.

The damage is estimated to be more than R1m.

The suspects then fled the scene.

“The residents allegedly accused the man of being responsible for the brutal murder of a young couple - Nius Malatjie, aged 21, and his 18-year-old girlfriend Lucia Malapane -whose bodies were found in their house with multiple deep [stab] wounds on Tuesday October 6,” he said.

Cases of arson and malicious damage to property have been opened.

Provincial police commissioner Lt-Gen Nneke Ledwaba condemned the alleged acts of vigilantism and mob justice. He urged residents to refrain from taking the law into their own hands, saying “harsh steps” would be taken against them.

“We appeal to community members who might have information that can assist the police in their investigations to approach them instead of resorting to violence,” he added.

Investigations in both incidents are ongoing. People with information have been urged to contact the police.

Police say they did not take action against a rampaging mob of farmers who stormed a court and torched a police vehicle in the Free State because the ...
News
1 year ago

Two men, who were accused of stock theft, were killed by community members in Tsolo in the Eastern Cape on Monday.
News
1 year ago