'I worked during the pandemic in bad conditions. Why can't I get an increase?': health worker 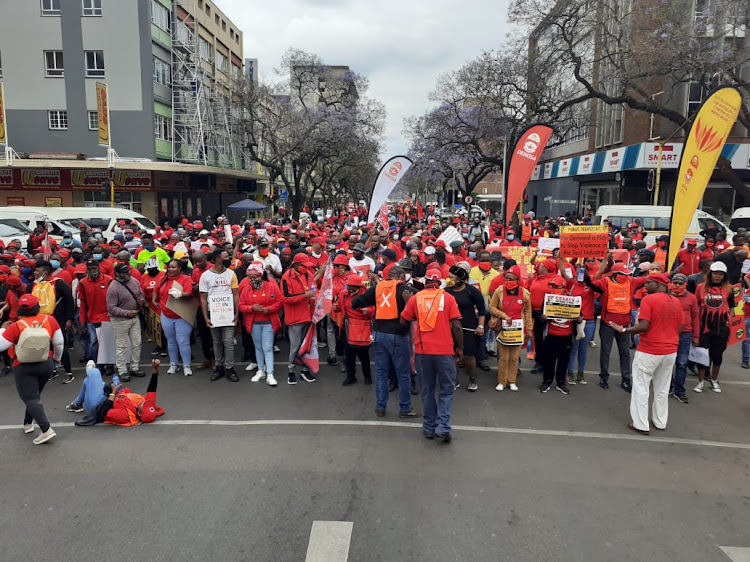 Cosatu members march through the streets of the Pretoria CBD to the National Treasury during the trade union federation's day of national action.
Image: Shonisani Tshikalange

Cosatu members who demanded 2020 salary increases in nationwide protests on Wednesday say their demands are about more than just money.

The unions have been involved in a battle over the government’s failure to honour a 2018 agreement to increase workers’ salaries this year, citing budget shortfalls linked to the coronavirus pandemic.

Simpiwe Gada, a professional nurse at Thembisa hospital and provincial chairperson of nursing union Denosa in Gauteng, said it was important for him, as an essential worker, to join the protest in defence of collective bargaining.

“Today I came out as a worker to protect my profession, to protect the work that I do, because ... I might be a professional nurse, but at the end of the day I am selling my labour in exchange for wages. And there is an agreement here. They must pay what they promised to pay us,” he said. 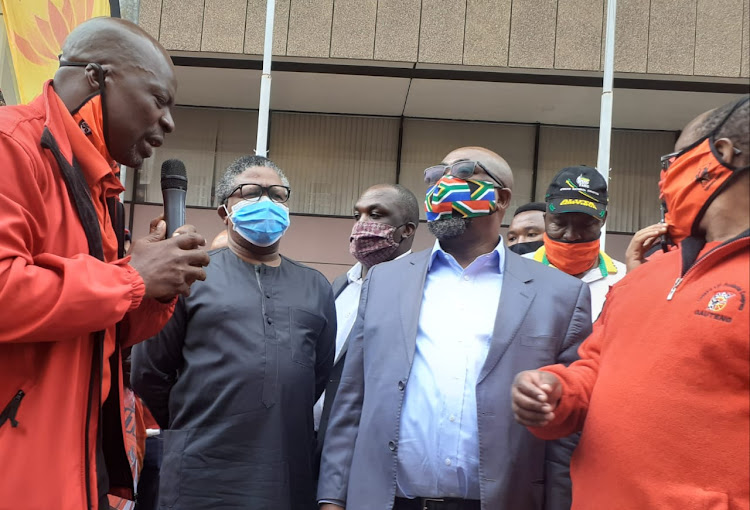 Labour and employment minister Thulas Nxesi and transport minister Fikile Mbalula committed to respond to the union's demands within the given 14 days.
Image: Shonisani Tshikalange

Among other things, Cosatu has demanded the provision of PPE to all front-line workers, a speedy and efficient prosecution of all corrupt officials, and the elimination of the gender pay gap in all workplaces.

“In the workplace, in the community and everywhere, we know that especially in the corporate sector a man and a woman can do the same job but the man gets paid more. We also support the call to amend the national coat of arms to include a woman.

“We also need reliable public health transport. Workers are losing a lot of money because they must commute by taxi, the trains are not working and there are no reliable transport systems.

“In the process, especially in my profession, the majority of women get raped because they work long hours and knock off when it's dark and get exposed to danger,” he said.

He said the protest was a way to communicate with the government that workers' patience was running thin.

“The government took advantage of the lockdown regulations. Unions and workers were not allowed to gather. That is why they decided to disrespect us. So this is us communicating a message to say our patience is running thin. Very soon we will disregard the laws because these laws are against us as workers, we are not happy,” he said. 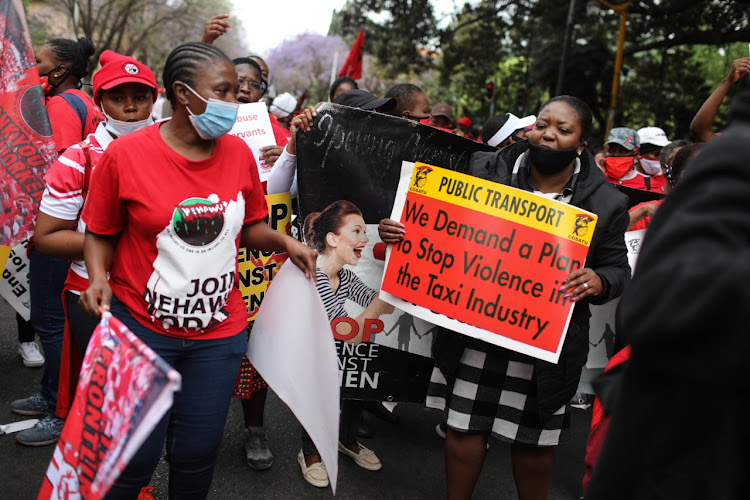 Cosatu members working in the public sector march through the Pretoria CBD, 07 October 2020, during the trade union federation's day of national action. The march was to highlight a number of grievances, including an end to corruption in SA, and demand that the government address unemployment and the equality gap in the country.
Image: Picture: Alaister Russell/The Sunday Times

Health worker and Cosatu secretary for Tshwane Pretty Mamabolo said the government was neglecting health workers by not giving them sufficient support.

“As workers, we feel like the government is neglecting us. I am a health worker. I have been at work since the beginning of the pandemic and, even now I have been waiting, we have been waiting, for an increase since April 1. But that has never happened. We are working under conditions which are bad. I am here because I wanted to voice my struggles,” she said.

Mamabolo said that though taking part in the protest meant no pay for her, she didn't mind because she knew it was for a greater good.

We will listen and we will act, ministers promise as Cosatu strikes

Lilian Ngoyi Street was awash in red on Wednesday morning when union members started their march from Burgers Park to the National Treasury in ...
News
1 year ago