Court should not interfere in process to impeach public protector: judgment 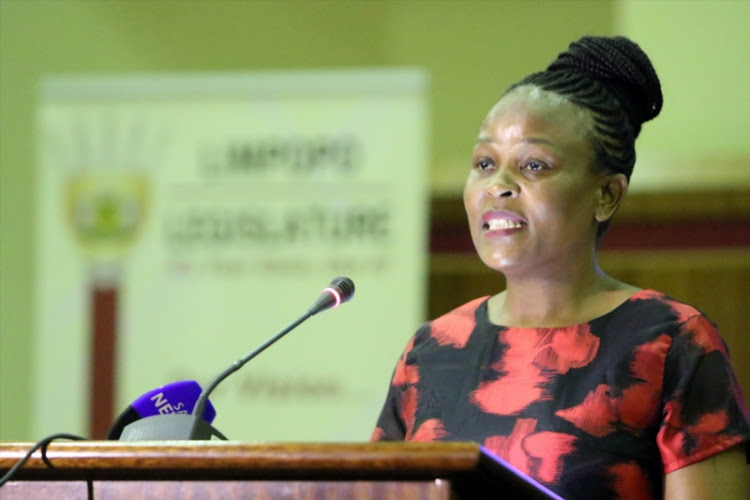 A court should not lightly interfere in a process for the impeachment  of the public protector, the Western Cape High Court said on Friday when it dismissed Busisiwe Mkhwebane’s application to interdict parliament from taking any further steps in an impeachment process.

The judgment has cleared the path for an independent panel to be appointed by speaker Thandi Modise to look into whether there is prima facie evidence for the misconduct and incompetence complaints against her, made by the DA.

In a judgment on behalf of a full bench, judge Vincent Saldanha said the impeachment provisions in section 194 of the constitution were “a serious mechanism” for the accountability of the office bearers of chapter nine institutions. For a court to interfere in that process, an applicant had to demonstrate “exceptional circumstances”. Mkhwebane had failed to do so, he said.

Despite trenchant criticism by Mkhwebane of Modise and the DA, Saldanha said he was not persuaded that Modise had “in any way” acted in bad faith.

“I am equally not persuaded [that] the complaints of mala fides by the applicant against the 10th respondent [the DA] are ... sustainable.”

The Western Cape High Court has dismissed an application by Public Protector Busisiwe Mkhwebane to interdict parliament from taking any further steps ...
News
1 year ago

Mkhwebane had asked the court to interdict parliament from taking any further steps in an impeachment process against her, pending her challenge to its impeachment rules, which she says are unconstitutional.

Friday’s judgment relates only to part A of Mkhwebane’s case — the interdict application — with part B, on the constitutionality of the rules, planned for November.

In his judgment, Saldanha went through all the requirements of an interim interdict according to the test set out by the Constitutional Court in its famous Outa decision on
e-tolls and found that Mkhwebane had not satisfied them.

One of the requirements, which was the focus of extensive argument by Mkhwebane’s counsel Dali Mpofu, was that Mkhwebane would suffer irreparable harm if the interim interdict was not granted.

In that case, the court held that the harm to Gordhan — in being disciplined by the president, having to appear before parliament’s ethics committee and being criminally investigated by the police — outweighed the harm to the public protector, even taking into account the Outa judgment, said Mpofu.

“The real harm ... is that the mere process of being subjected to these things — appearing before this one, being disciplined by this one — has serious consequences to a person. I don’t think I need to spell [it] out.”

In his judgment, Saldanha also quoted Mpofu as having said that if justice was blind, “it could not be one law for Mr Gordhan ... and another law for the applicant”.

But, said Saldanha, there were distinctions to be made between the Gordhan case and this one. Besides these, Mpofu had not factored in the harm that went the other way — if the interdict was granted; harm to the responsibility of parliament to hold the public protector to account.

“Moreover the applicant fails to take into account the public interest in ensuring that the proceedings ... are proceeded with in light of the serious charges which have been preferred against the applicant,” said the judge.

The DA’s grounds for the complaint against Mkhwebane included the ConCourt judgment last year that ordered Mkhwebane to pay for the costs of litigation she had been involved in as public protector from her own pocket.

In an unprecedented rebuke, the ConCourt — from which there is no appeal or review — said Mkhwebane “had not been candid”, had “acted in bad faith”, was “not honest”, that she put forward “a number of falsehoods”, had made “misrepresentations under oath”, and that she had failed to “provide this court with a frank and candid account”.

Saldanha also said there was nothing to indicate that Mkhwebane was, in person, indispensable to the office of the public protector.

A statement from Mkhwebane’s office said her team was still studying the judgment “to map a way forward”.

“However, early indications are that the judgment goes against everything that the Constitutional Court said” in the Gordhan case, the statement said.

According to the rules for the removal of the heads of chapter nine institutions, the independent panel to be appointed by Modise must consist of three fit and proper SA citizens, which may include a judge.

They must collectively possess the necessary legal and other competencies and experience to conduct the preliminary assessment. If the speaker appoints a judge to the panel, this must be done in consultation with the chief justice.

Deputy public protector Kholeka Gcaleka is in KwaZulu-Natal visiting a number of health-care facilities and public schools as part of investigations ...
News
1 year ago

The public protector has directed the City of Tshwane to consider writing off the debt of a Pretoria resident who racked up a water bill of more than ...
News
1 year ago