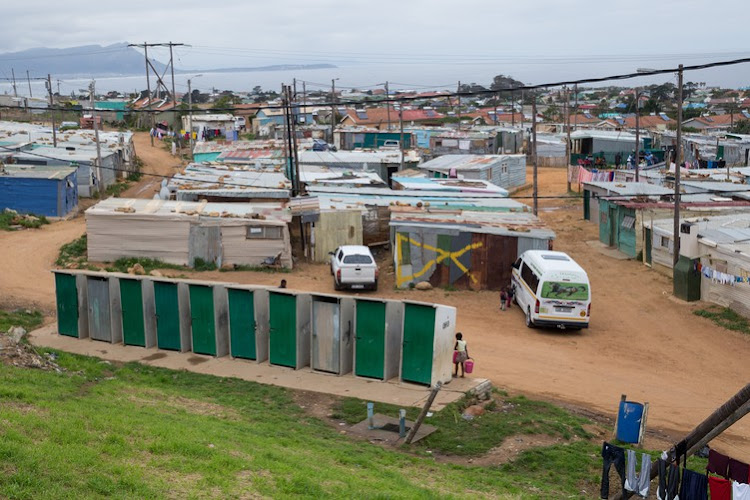 “We know what we are doing is illegal. We know it is a crime. But it is not a violent crime,” an abalone poacher living in Overhills informal settlement, in the small coastal town of Kleinmond, told GroundUp on Wednesday.

This comes after violent clashes between Overhills residents and Kleinmond police broke out on Monday. Residents protested after police arrested five men for abalone (perlemoen) poaching.

“That day, they pushed us to our limits,” said a poacher.

He said police entered his home and confiscated his diving suits.

“It’s not a crime to have a diving suit in your house. But they just took it,” he said.

This is why we risk our lives: Poachers speak about why they do what they do

The lack of money and jobs, peer pressure and ignorance about the penalties and impact on their families were among the motivations for poaching.
News
10 months ago

Captain FC Van Wyk from SAPS Western Cape said police were tipped off by an informer and seized diving equipment “used in committing a crime”.

He said “poachers attacked the SAPS members with stones and rocks” and later blocked the road with burning tyres.

“Vehicles were damaged and people were injured. The safety of the public was at risk.”

The Daily Maverick reported that one of its columnists, Ismail Lagardien, sustained serious injuries on Monday evening when a brick smashed through his car window in the Overhills area.

A man arrested for public violence showed us several rubber bullet wounds on his body, including one on his face. He also had grazes, as a result, he claimed, of being dragged by police.

A recent report by TRAFFIC, an NGO that monitors wildlife trade, says that about 96 million abalone were illegally harvested between 2000 and 2016 in SA. Most of the abalone ends up on the Asian market.

Poachers from Kleinmond insist that poaching is the only way they can support their families. The men we spoke to wished to remain anonymous.

“There are no jobs in Kleinmond; it’s a small town ... I’ve been poaching for many years and this is how we’re making a living. This is how we support our families.”

“There are a lot of people who have come out of housebreaking [robbery] here and they’re working peacefully now in poaching,” one man said.

A community leader said that even though poaching is illegal, it does not allow the police to violate their right to privacy. “You cannot just come to my property and do whatever you like. ... Treat people in a dignified manner.”

The Covid-19 pandemic has brought an unexpected benefit to rhinos and other wildlife - a decrease in poaching during the first half of the year.
News
10 months ago

He said the “contribution [by poachers] is highly appreciated in our community”.

“If they didn’t give that contribution, I wouldn’t have been standing here. The money goes to the community,” he said.

A meeting was held between Overhills community leaders, the Kleinmond SAPS, and the Kleinmond Community Police Forum (CPF) on Wednesday evening.

Community leader Isaac Vana said that during the meeting he addressed various issues, one being the unavailability of police in the Overhills area at weekends.

Vana said he had raised the poaching issue and is hoping to have it addressed further in upcoming meetings. He said that the poaching issue was “affecting innocent people” in their community, such as “firing rubber bullets at people that were not part of the violence” on Monday.

“It’s not that we’re defending the poaching. We’re also worried about the innocent people who were driving by,” said Vana.

While more food is being provided to people in most parts of the world, the over-exploitation of plants and animals is increasingly eroding nature’s ...
News
10 months ago

A clandestine operation by law enforcement authorities in Citrusdal led to the arrest of four men for the possession of rhino horn and indigenous ...
News
1 year ago

Forty-eight suspected poachers were arrested and 142kg of abalone was confiscated when Garden Route National Park rangers and police swooped on ...
News
1 year ago