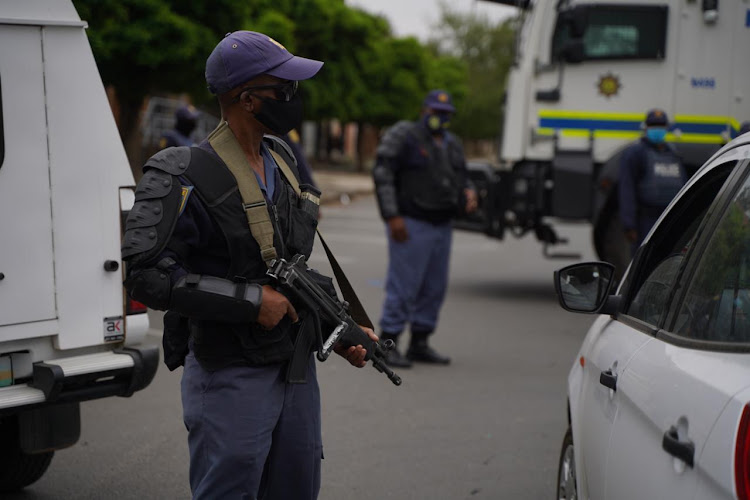 A large police contingent is in place to maintain order at the Senekal courthouse where a farmer is on trial after a police vehicle was set on fire.
Image: Emile Bosch

A strong police presence was in place at the Senekal magistrate’s court on Friday where a farmer is expected to appear after a fiery protest this week.

Roads leading to the court were barricaded with police tape and nyalas. Armed officers with vehicles stood close to the court and a police helicopter hovered nearby.

The 52-year-old farmer was arrested on Wednesday and is charged with malicious damage to property and public violence. He was allegedly part of a group “demanding justice” after 21-year-old farm manager Brendin Horner was murdered.

The protesters  overturned and set alight a police van outside court where two men were appearing in connection with Horner's death.

Police said at the time that an “unruly group” of farmers stormed the court building and demanded that the suspects be handed over to them. Members of the group damaged court property, while forcing their way to the cells. 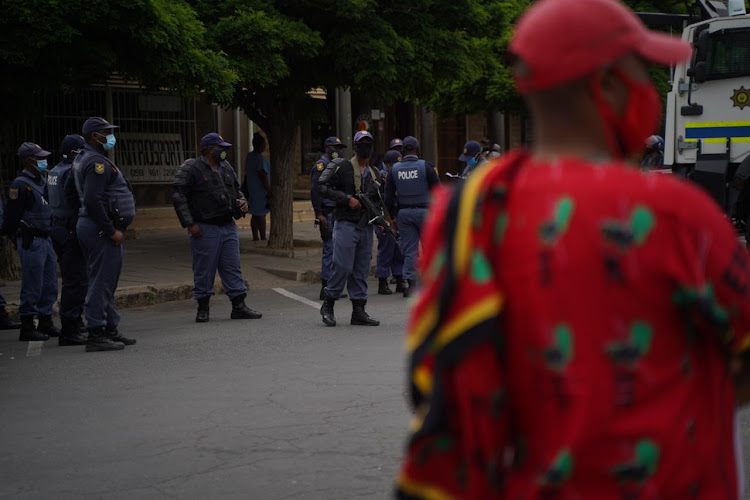 This is not the town I know, says pastor after violent protest in Senekal

Martin Seliane says Tuesday’s incident has shocked a community that, until then, coexisted peacefully
News
1 year ago