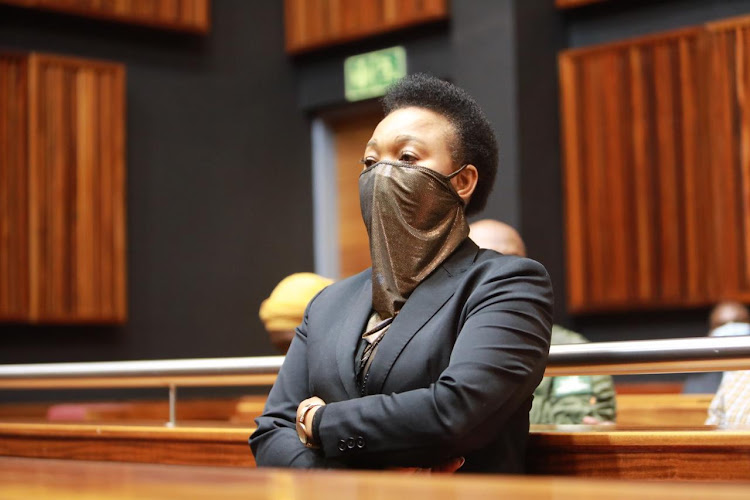 Mgwenya will join 12 other co-accused — including former police commissioner Khomotso Phahlane — when the trial resumes at the Johannesburg Specialised Commercial Crimes Court on November 16.

She was arrested on Monday morning after her regular morning jog, and police also seized her BMW X5.

The accused face charges of fraud, theft, and obstructing or defeating the course of justice. The charges relate to a R191m tender in which Vimpie Manthata’s company, Instrumentation for Traffic Law Enforcement Pty Ltd, received the contract for the installation of emergency warning lights on police cars between March 1 2016 and March 31 2017.

A high profile police officer has been arrested for alleged fraud relating to a multi-million rand tender for emergency warning equipment.
News
1 year ago

They stand accused of colluding to ensure that Manthata's company was awarded the contract to install 1,550 police vehicles with warning lights at grossly-inflated prices.

Mgwenya, 56, is facing charges of corruption, fraud and money laundering for her role in ensuring the contract to supply emergency warning equipment for the police went to Instrumentation for Traffic Law Enforcement, while she enjoyed an undisclosed close relationship with Manthata.

Among other benefits mentioned in the charge sheet, Manthata assisted Mgwenya with purchasing a BMW X5 from Zambesi Auto Motors by paying a contribution of R440,000 towards the purchase price and with negotiating a discount of R284,580 for her with Zambezi Auto.

These benefits put Mgwenya in a position to apply for a loan to finance the purchase of the X5, priced at just more than R1m. Mgwenya failed to disclose these benefits to her employer.

Mgwenya indicated in her bail application that she intends to plead not guilty to all the charges.

She said she had a valid defence to the charges, which she did not disclose.

The state did not oppose bail.

The police service stopped payment after R65m had been paid to Manthata's company.

Dr Bandile Masuku has been fired following a report by the Special Investigating Unit on allegations of corruption related to PPE procurement in his ...
Politics
1 year ago

The environment, forestry and fisheries department has suspended eight officials on suspicion they could have been negligent or possibly involved in ...
News
1 year ago

Retired KwaZulu-Natal police commissioner Mmamonnye Ngobeni waved to journalists and posed for photographs when she entered the Durban magistrate's ...
News
1 year ago