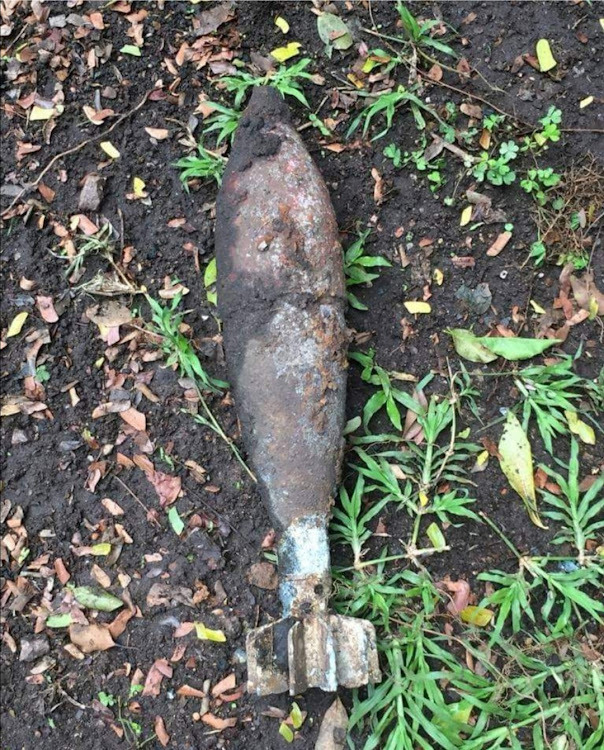 A gardener was going about his usual Saturday morning work when he stumbled on a mortar shell on the grounds of a Kloof home, outside Durban.

Police spokesperson Col Thembeka Mbele told TimesLIVE that the discovery was made at about 11am.

“A gardener found an explosive device inside the premises on Kloof Falls Road while gardening.”

Mbele said the SAPS explosive unit was alerted about the device.

A team was dispatched and they combed the vicinity for other explosives.

Mbele said the explosive was taken to a remote area and detonated.

“No injuries were sustained,” she said.

Mortars have been used for hundreds of years, originally in siege warfare.

Dozens of people were wounded on Tuesday in an explosion in the northwest Syrian town of al-Bab, which is under the control of Turkey-backed rebel ...
News
1 year ago

A gas pipeline explosion near a mosque in Bangladesh killed 13 people and injured 30 as worshippers were about to end their prayers, officials said ...
News
1 year ago

A major gas explosion leveled three houses as it tore through a Baltimore neighbourhood on Monday, killing at least one person and critically ...
News
1 year ago