Ipid investigating more than 700 cases of police misconduct since lockdown 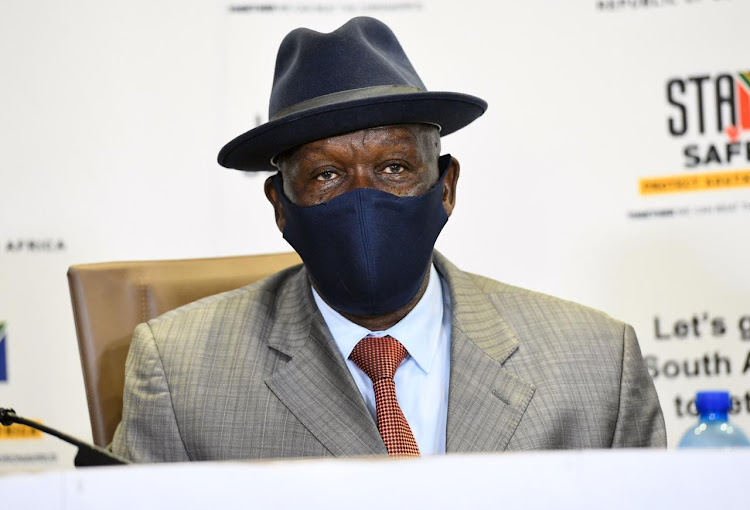 Police watchdog the Independent Police Investigative Directorate (Ipid) is investigating more than 700 complaints of alleged police misconduct since the beginning of the lockdown in March.

Ipid says most of the cases are complaints of torture and assault by police officers.

“These cases are in various case classifications and at different stages of investigation ,” Ipid spokesperson Ndileka Cola told TimesLIVE on Monday.

Speaking at a press conference on Monday, Ipid executive director Jennifer Ntlatseng said the killing of Alexandra resident Collins Khosa and  the death of a taxi operator at the hands of the police in Ulundi, KwaZulu-Natal, on Saturday were among the cases being investigated.

Taxi operators have shut down Ulundi, in northern KwaZulu-Natal, and are demanding the arrest of police officers they allege were involved in the ...
News
1 year ago

Ntlatseng made her comments as she and police minister Bheki Cele launched a national hotline where the public can report police criminality or misconduct. The toll-free number is 0800 111 969. The hotline has been touted as an instrument which will ensure communities get better justice and recourse.

“While I am confident that a majority of the men and women in blue are good, hardworking, dedicated and honest officers, unfortunately some of our own do disgrace us by their actions that bring the service into disrepute,” said Cele.

“As we all know, police misconduct, whether alleged or proven, has a negative affect on our society. Any transgression committed by any officer of the law erodes the trust and confidence communities have in the police.

“Many of these police-turned-criminals have been brought before the courts. Some wrongdoing is brought to light by members of the public. Communities also continue to blow the whistle on substandard services they at times receive at police stations.”

Cele said the police officers who choose to go against the oaths they took to protect and to serve did not have a place in the Saps.

“It is on this score that the Ipid is mandated to conduct independent and impartial investigations of criminal offences allegedly committed by members of the SAPS and the municipal police. The bottom line is that Ipid keeps the police in check at all times.”

He said Ipid has in the past taken down criminals masquerading as police. “This includes the arrest of officers implicated in alleged corruption, and those violating their constitutional mandate,” he said.

“Whatever the case, Ipid is required to exercise its powers fairly, impartially and without fear, favour or bias.”

'Nobody is above the law': Police chief on latest arrest of high-ranking cop

The minister said he believed the launch of the hotline would bring Ipid a step closer in positioning itself as an effective and impartial oversight body of the police. He said it was also a bold move that aims to better serve the people of this country.

Cele said the quality of Ipid's investigations is crucial in ensuring police accountability for wrongdoing. He said findings should be concluded timeously, so that those found guilty can be brought to book and officers proven innocent can return to their posts.

He said that when investigations drag on, the public often assume police have acted unlawfully.

“Delays in the finalisation of cases further erode the trust that communities have in the police,” he said.

Ntlatseng said the hotline will operate 24 hours a day, seven days a week.

She urged the public to report all police misconduct, including:

“I think it's important because it's one of the things we have not been doing. I think we start arresting police officers who are in the payroll of druglords,” she said.

“In line with the president's call to deal with gender-based violence, we want people to call and tell us which officers are involved in domestic violence.

“We will make sure that we provide quality service. We will also make sure that there is service delivery and that people can reach us at any given time.

“We are also encouraging whistle-blowing because it's important that people talk to us as a directorate. But more than anything else, it's to improve the justice and recourse,” she added.

Two Cape Town police officers are facing extortion charges for allegedly demanding thousands of rand from a motorist they accused of performing an ...
News
1 year ago

The police watchdog has taken over the investigation into the death of former Durban University of Technology SRC leader Phumlani Sithole.
News
1 year ago