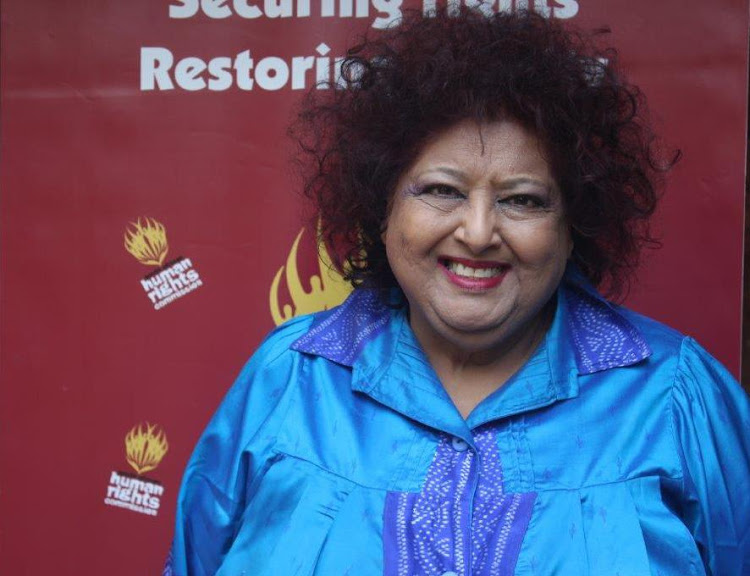 Renowned human rights lawyer Priscilla Jana has died at the age of 76.

Priscilla Jana, the acclaimed human rights lawyer who adopted the baby daughter of one of her imprisoned clients, died in a frail care home on October 10. She was 76.

Jana dedicated her legal practice to representing political activists during the late 1970s and throughout the 1980s, one of the most turbulent and repressive periods of apartheid.

“Her office was a hub of support for those who were imprisoned, tortured and harassed by the apartheid regime. It was a time when not many lawyers were brave enough to take on these cases, but she had no fear whatsoever,” said Valli Moosa, a former cabinet minister who was at the forefront of the United Democratic Front’s fight against apartheid.

“Many political activists will remember her forever for that contribution. Legal support was an absolutely essential part of the struggle. Whenever a person was detained, their family or comrades would immediately go to Priscilla’s office, and she would take on the client with no questions about whether they could pay. She never turned away a single person arrested by the security branch,” he said.

Many of today’s senior political figures were once her clients, including former North West premier Popo Molefe. She adopted his daughter Tina when he was charged and sentenced to 10 years in prison during the Delmas treason trial.

“She was a very brave, tenacious and resilient woman who would not tolerate any nonsense from the police. She was part of the same struggle her clients were fighting. That is why she did her job with tremendous passion, dedication and commitment,” said Molefe.

“While I was in prison, Priscilla and my daughter became very attached to each other. It was too dangerous for her to live with me (when I was released) because assassins were still looking for me, so I gave Priscilla guardian status for my daughter. I will never be able to fully repay the debt I owe her for defending me in various trials, but above all for bringing up my daughter,” he said.

When he was 12 years old and some of his friends made him angry, a young Solomon Kalushi Mahlangu came to school the next day with the word ...
Opinion & Analysis
3 years ago

She was the last person to visit Mahlangu on death row, and took his final message to SA’s freedom fighters. Those words — “tell my people that I  love them. They must continue the fight. My blood will nourish the tree that will bear the fruits of freedom” — are now engraved on a memorial wall for young people.

“I was just 19 when the apartheid regime picked me up from my hiding spot. For three days no-one knew where they kept me. It took this brave woman to force the regime to declare my whereabouts after they had tortured me,” Gauteng education MEC Panyaza Lesufi said in a tweet on Sunday morning.

Devikarani Priscilla Jana was born in the Durban suburb of Westville in 1943. In her book Fighting for Mandela, she described how her father encouraged her to challenge social injustice, including apartheid and the Indian caste system. She was also influenced by leading black consciousness figures including Steve Biko, Saths Cooper and Barney Pityana, and was a member of the SA Students’ Organisation, the Black People’s Convention and the Federation of Transvaal Women.

She started studying law at the University of SA, but then switched to the University College for Indians on Salisbury Island, where she was the only woman in her class, according to SA History Online.

She graduated in 1974 and completed her articles at the Johannesburg law firm of human rights lawyer Ismail Ayob. She went on to represent hundreds of activists, including Walter and Albertina Sisulu, Govan Mbeki, Ahmed Kathrada and Emeritus Archbishop Desmond Tutu, and joined the ANC in an underground cell reporting to former president Thabo Mbeki that included former police commissioner Jackie Selebi  and religious leaders Beyers Naudé and Cedric Mayson. Her unique access to Mandela when he was imprisoned on Robben Island enabled her to carry coded messages from senior political leaders on the island to then ANC president Oliver Tambo.

“She was pretty famous in the movement, but not outside it. Lawyers played an intermediary role — the famous people were your clients, rather than yourself,” said human rights lawyer Halton Cheadle, who was her peer and friend.

“She was really very brave to be part of an underground cell while being a lawyer. She had to be very careful.”

Jana’s legal work and support for political activists quickly invoked the ire of the apartheid regime. Her home in Lenasia was petrol-bombed, and she was arrested and briefly detained after attending a commemoration service for Mahlangu without a permit.

In 1979, just weeks after she opened her own practice, she was given a five-year banning order. This means she was confined to her house between 6pm and 6am, could not leave Johannesburg, and was not allowed to be in the company of more than one person.

“It felt like a death sentence. The death of all my anti-apartheid activities, perhaps the death of my law practice,” she wrote in her book.

“I knew what a banning order could do, and what it was intended to do. It broke people down, even strong people, and it cancelled out the one aspect of the struggle that kept us going — togetherness,” she wrote, describing how a banning order opened the door to a new level of harassment by the security police, who could bug her phone, monitor her movements and question her friends and acquaintances.

“She was one gutsy woman. I can still see her banging on the doors of the Pretoria central prison, demanding access to our clients,” tweeted human rights lawyer Richard Spoor, who did his articles at her law firm.

She joined the SA Human Rights Commission as deputy chair in 2017. The commission described her as a lawyer who had given tirelessly of herself to fight for the rights of the oppressed under apartheid, and then laboured to “turn SA into a country where all people who live in it are equal and enjoy their freedom and innate human dignity”.

Jana aptly articulated her contribution to SA democracy in her book, writing: “My entire adult life has been dedicated to dismantling the apartheid system and attempting to replace it with something wholesome and good for all South Africans. I cannot regret one minute of it.”

As South Africans head towards the halfway mark of the national lockdown, they should draw on the example of slain freedom fighter Solomon Mahlangu.
Politics
2 years ago

When he was 12 years old and some of his friends made him angry, a young Solomon Kalushi Mahlangu came to school the next day with the word ...
Opinion & Analysis
3 years ago