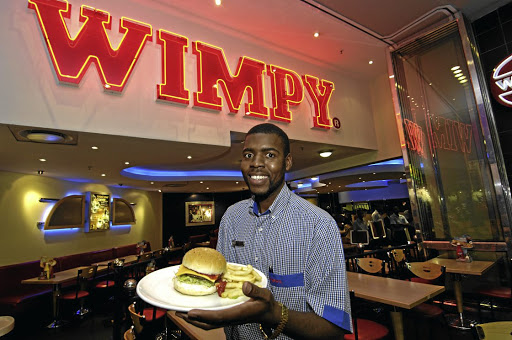 A waiter serves a hamburger at a Wimpy restaurant. A patron who visited Wimpy at Clearwater Mall caused a Twitter storm when she labelled a female Zimbabwean waiter an alien.
Image: Russell Roberts

Human Rights Watch has warned of possible xenophobic violence in SA, cautioning that campaigns such #PutSouthAfricansFirst, which openly campaigns against immigrants, could fuel violence in communities.

Dewa Mavhinga, the Southern Africa director at Human Rights Watch, was responding to renewed calls this week to have South Africans prioritised over foreigners, including for jobs. Twitter was abuzz on Sunday and Monday after a South African called a Zimbabwean waiter an alien, triggering many to call for local companies to employ more locals.

On Sunday afternoon the issue of unemployment became a talking point after user @Shokwakhe16 called on South Africans to “normalise refusing to be served by aliens”. This is after she apparently refused to be served by a Zimbabwean waiter at a Johannesburg Wimpy restaurant.

As xenophobia in SA simmers, officials are targeting foreigners and children are being attacked by classmates, a new report reveals.
News
9 months ago

The user, who joined Twitter in June this year, wrote: “Today I had breakfast at Wimpy Clearwater Mall a waiter by the name of Nomatter from Zimbabwe came to serve us at our table. I politely told her that I wanted to be served by a South African. Normalise refusing to be served by aliens #PutSouthAfricansFirst.”

There have been question marks over the authenticity of the account.

While some criticised Shokwakhe and described her as attention-seeking and vowed to go to the restaurant to be served by the Zimbabwean waiter, droves of users lambasted South African businesses that employ foreigners while locals remain unemployed.

“Let’s boycott Wimpy and other entities who prefer foreigners over South Africans in the labour market. Most South Africans are living below poverty line,” the user tweeted. 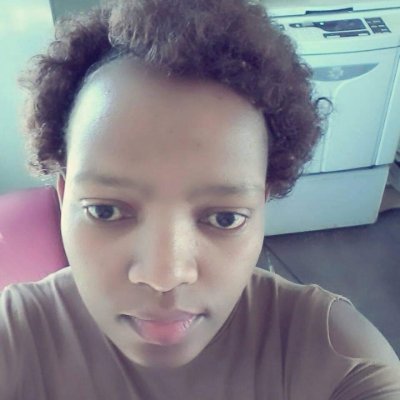 Nkosinati Magwa wrote: “Why are we being labelled xenophobic while other African countries like Ghana are prioritising their citizens ... you can all go to hell. Put SA first.”

Bianca_Gold said: “Our government doesn’t care, our public figures are blind. We will not stop the fight ... we want our country back. We want our Tuck shops back, we want unemployment decreased! We are taking our country, our space no matter who says what #PutSouthAfricanFirst.”

But Mavhinga said that in SA — a country marked by complex racial relations postapartheid and which had previously lived through waves of xenophobic violence — a movement like @PutSouthAfricansFirst “could easily fuel xenophobic violence in communities that are accustomed to committing xenophobic violence with little or no action from the law-enforcement officials to hold accountable those responsible”.

“It does not matter that #PutSouthAfricansFirst movement claims that it is not xenophobic and is not calling for violence against foreign nationals. What is more important is how its message will be received and acted upon in the communities that are already primed for violence against migrants,” said Mavhinga.

The Clearwater Mall Wimpy refused to comment. Its manager, who gave her name as Musa, said company policy didn’t permit her to comment on media reports. She referred TimesLIVE to the Wimpy’s head office, but the phone line was unreachable.

Rather, the province should be coming up with solutions on how to integrate them into the economy, they say.
News
9 months ago

In the past month, the #PutSouthAfricansFirst movement has been criticised for fuelling xenophobic rhetoric, despite denials from some activists in the movement who claim they are merely being patriotic.

About 80 social media accounts have since been linked to the account and been accused of manipulating conversations to spread xenophobic sentiments. A Twitter account named uLerato Pillay has been central to the network.

The movement’s statements often border on hate speech towards foreigners.

Twitter user @DreamerSib said: “Anyone who thinks it is OK to employ foreigners for entry level jobs while youth of SA is sitting at home you are accomplices to modern day slavery. The main reason Zimbabweans are employed is because they are mostly illegal and they can be exploited without following labour laws.”

Some were not convinced of the authenticity of the Wimpy experience.

Rising xenophobic rhetoric on social media is sparking fears of impending attacks on foreigners in the country.
News
10 months ago

@mtakaJesu wrote on Monday morning: “I am currently at Wimpy, Clearwater Mall. There is no employee by the name of Nomatter, I asked one of the waitress about any incident where a customer asked to be served by a SA [citizen]. She looked shocked & asked other colleagues if there is any story related. No-one knows the story.”

@ali_naka warned South Africans to be careful of being duped by fake news.

“Careful to be triggered by attention-seeking fake account, imagining incidents which never took place. That character hasn’t set foot (in) Wimpy this year,” the user wrote.

Mavhinga said that while South Africans had every right to express their frustrations about unemployment and rising crime, pressure groups needed to be careful not to base their campaigns on false data and myths. It was important, therefore, for the South African government to take a lead in providing accurate statistics “so that there will be no scapegoating of non-nationals while the authorities address the root causes of xenophobia without promoting xenophobia”.

“SA is not an island. It is economically, socially and politically fully integrated with the rest of the African continent and the global community. SA is the current chair of the AU, and currently holds a non-permanent seat on the United Nations Security Council.

“Movements like PutSouthAfricansFirst could trigger a mass wave of xenophobic violence and severely undermine SA’s race relations and international relations in Africa and beyond,” he said.

In recent months, as SA has been dealing with the economic fallout of the Covid-19 pandemic, there have been growing calls for migrants to be ...
Ideas
10 months ago

Demonstrators are marching on the Nigerian and Zimbabwean embassies in Pretoria on Wednesday, alleging the involvement of those nationals in SA's ...
News
10 months ago