UPDATE | Charges dropped against 'coloured' teacher who called himself 'African' 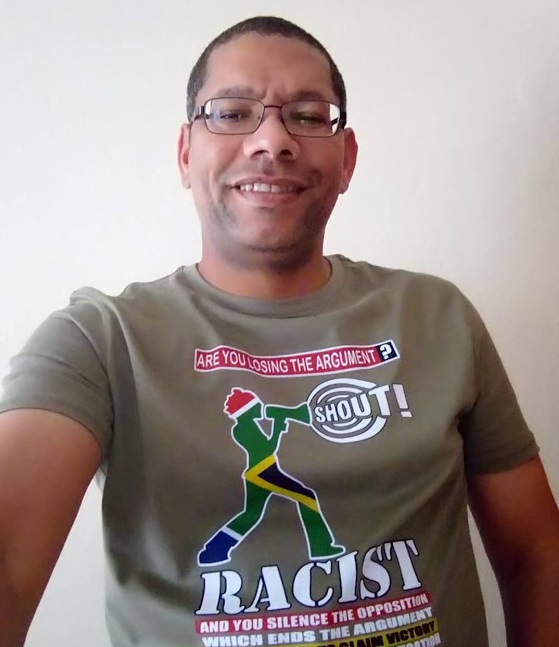 Glen Snyman was charged for claiming to be African instead of sticking with his 'official' coloured identity. The charge has been dropped.
Image: People Against Race Classification / via Facebook

The fraud charges against a “coloured” teacher who identified himself as “African” in a job application have been dropped.

This after Western Cape education MEC Debbie Schäfer on Wednesday urgently requested information about the case.

TimesLIVE previously reported that Glen Snyman was facing the charges because he said he was “African” in an application for a principal position.

In a statement Western Cape education department spokesperson Bronagh Hammond said: “The charges have thus been withdrawn and we will engage with Mr Snyman to enable us to accurately record his personal details as required.”

She said the department had been made aware that Snyman identifies himself as “African” and “has been fighting the current government’s race classification system for a number of years”.

“This is extremely personal and sensitive. While we believe that we must continue to redress the injustices of the past, we have reviewed the case and believe it does not warrant further action. It has, however, raised a number of issues with regards to race classification and identity which will require deeper discussion and reflection,” said Hammond.

'Coloured' teacher on fraud charge for saying he was 'African'

Oudtshoorn teacher Snyman identified himself as African in his CV when applying for a post at a school three years ago.

TimesLIVE reported earlier in the day that he had been summoned to a disciplinary hearing for claiming to be “African” instead of sticking with his “official” coloured identity.

In its charge sheet the department initially accused Snyman of “fraudulently” passing himself off as an African male “whereas in truth your records indicate that you are a coloured male”. It accused him of misrepresenting his race to secure the new teaching post.

Snyman is a long-time critic of apartheid-era race classification and founder of lobby group People Against Race Classification.

News of the hearing appears to have taken senior officials by surprise, among them Schäfer.

“I have learnt only today of a WCED teacher who has allegedly been charged with 'fraud' for classifying himself as 'African' on his CV,” Schäfer said.

“One of the many evils of apartheid was the classification of people by their so-called race. This was what many people have fought to rid our country of. So I am understandably shocked to discover that my department is apparently charging someone because of how they choose to classify themselves.

“If this is in fact the case, it is anathema to me. We will not tolerate victimisation of people who do not conform to an artificial and arbitrary classification of who they are deemed to be.

“I have asked for all the information regarding this case as a matter of urgency because, on the face of it, it does not appear to be in line with what this administration stands for.”

Snyman’s case also drew comment from the EFF, which called on the department to stop its disciplinary action against the teacher.

“We would like to remind you of the fact that under the laws of the Republic of South African, Mr Snyman has the Right to identify himself as African if he feels uncomfortable with being identified as coloured,” said EFF provincial chairperson Melikhaya Xego.

The emerging policy documents of the DA are deeply impressive, all-encompassing and display an admirable application of intellectual minds and ...
Opinion & Analysis
1 year ago