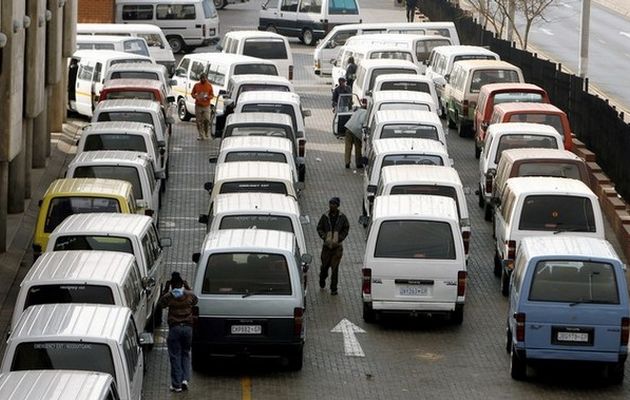 The report said the average travel time in the province has doubled over the past 20 years, and has increased by 17% from 2014.
Image: SIPHIWE SIBEKO

The coronavirus pandemic has added another burden to Gauteng's poor: they are paying more for transport.

This is according to the 2019/20 Gauteng Household Travel Survey (GHTS) report, which found that poorer households were the most affected by Covid-19 from a transport perspective. The report, conducted in Gauteng by the Council for Scientific and Industrial Research (CSIR), shows that transport continues to contribute significantly to the increased cost of living.

Gauteng public transport and roads infrastructure MEC Jacob Mamabolo said, “What is of great concern to me is that the cost of transport remains one of the highest cost items for households, and particularly poorer households.

“That has implications for us in our planning, in delivery of transport infrastructure and, of course, in the overall integration of public transport,” he said.

Gauteng public transport MEC Jacob Mamabolo has intervened in a deadly taxi feud in Johannesburg by dissolving the executives of two taxi ...
News
1 year ago

Mamabolo unveiled the latest survey in Pretoria on Thursday.

The survey is a provincewide primary data collection project aimed at collecting and analysing information about household travel patterns. This is used to provide improved understanding of the interaction between households and transport service delivery.

The report shows that nearly 60% of households spent more than 10% of their incomes on public transport in 2019, up from 55% in 2014. It further showed that the average travel time in the province had doubled in the past 20 years, and increased by 17% from the 2014 figure.

“We are receiving this report at a time where the entire globe and our country and province is faced with Covid-19, and this poses a challenge to commuters, in particular, and the rest of us,” he said.

Mamabolo said his department had agreed that the CSIR should conduct a more detailed survey as an annexure to the report, with this dealing with the affect on Gauteng households regarding public transport and travel during the lockdown.

The MEC said he was concerned that commuters were not satisfied with the taxi industry when it came to safety. He urged the industry to look into the matter.

“It’s very clear that commuters are financially depressed. I think this matter must be looked at by the taxi industry. I hope the industry won’t try to deal with commuters' lack of money by fighting for routes.”

Mamabolo said another worry was that the taxi industry seemed to be attacking other modes of public transport, such as buses, putting lives of commuters and drivers at risk.

Mamabolo said traffic congestion issues were an economic threat. He said the province needed to promote other, non-motorised, modes of transport.

“We need to encourage people to walk and consider other modes of travelling to decongest roads,” he said.

PODCAST | Traffic jams are back! What now?

In this episode of the Khwezi Science Report, Tanya Farber looks at the physics behind traffic jams, and the conundrum of urban sprawl in which ...
Lifestyle
1 year ago

PODCAST | The maths behind a phantom traffic jam

In this episode of the Khwezi Science Report, Tanya Farber looks at the physics behind traffic jams
Science
1 year ago

The tens of millions of rand spent fixing Joburg’s iconic double-decker M1 highway appears to have been a waste of money.
News
1 year ago