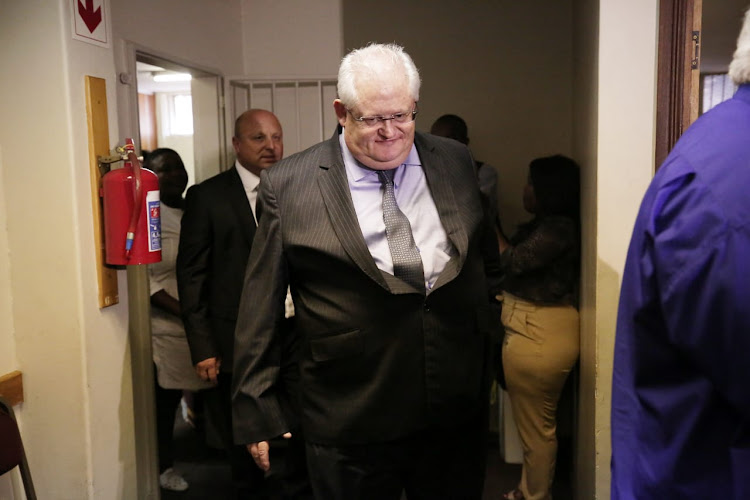 Agrizzi was not present in court. The court was notified that he had been taken to hospital. Agrizzi was denied bail in another case in the Johannesburg Specialised Commercial Crimes Court on Wednesday, and took ill on Thursday.

The charges are in connection with four tenders awarded by the department to Bosasa and its subsidiaries valued at more R1.8bn from August 2004 to 2007.

Contracts were for the rendering of catering and training services, installation of CCTV cameras, perimeter fencing, and the supply of television systems and monitoring equipment.

Agrizzi has Covid-19 test after being admitted for 'respiratory issues'

Less than 24 hours after being detained in prison, former Bosasa COO Angelo Agrizzi was rushed to hospital on Thursday.
News
1 year ago

A day after the Palm Ridge magistrate's court denied bail to Angelo Agrizzi, the former Bosasa COO's lawyers have filed an application to appeal ...
News
1 year ago