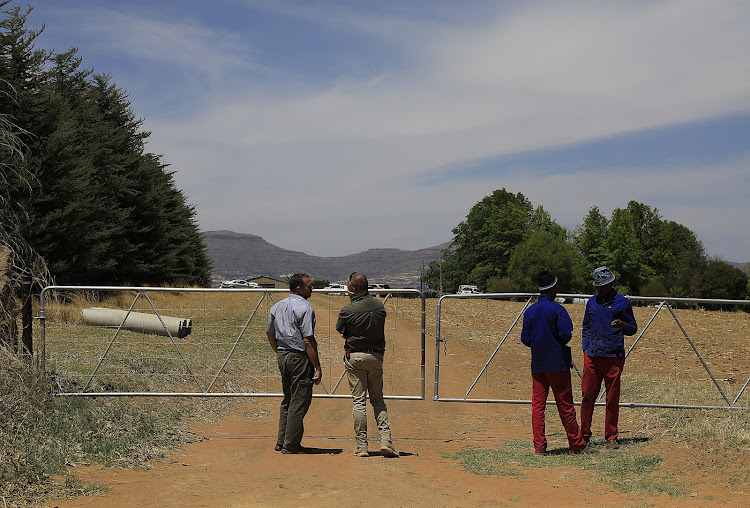 Senekal, a small Free State farming town, has been rocked by the murder of farm manager Brendin Horner, with resulting protests by farmers and the EFF.
Image: Alon Skuy/Sunday Times

Bloodstains on clothing found in the home of one of the men implicated in the murder of Senekal farm manager Brendin Horner were in the spotlight at the Senekal magistrate’s court on Friday.

Sekwetje Mahlamba, 32, who is applying for bail, told the court that bloodstains found on his pants had come from an animal slaughtered in September. He said he had been at a local event where he helped with the slaughtering of an animal.

Asked how the blood had landed on his pants, Mahlamba told the court his cellphone rang and he reached for his pocket with his bloodied hands.

Mahlamba also told the court he had given the police permission to search his house, proving he had nothing to hide.

He said he had had no problems with the police taking his clothing for DNA testing.

Only closing arguments by the legal teams and delivery of judgment may be broadcast in the trial of two men in connection with the murder of ...
News
1 year ago

Mahlamba told the court he had no idea how he had been linked to Horner’s murder, adding that he never knew Horner and had never met him.

Testifying through an interpreter, he alleged that his rights were never read to him when he was arrested.

Poking holes in the state's case, Mahlamba told the court that on the night Horner was murdered, he had been in the company of his girlfriend.

He has informed the court he intends to plead not guilty. “I am asking for bail because I don’t know anything about the incident and I am ready to face the public,” he said.

Mahlamba, who survives through odd jobs, said he earns approximately R1,500 per month. He said he could only afford bail of R500 per month.

He was out on bail on another matter when he was arrested in connection with Horner’s murder. He had been arrested and granted bail in a case linked to stock theft. That case was expected to return to court next year.