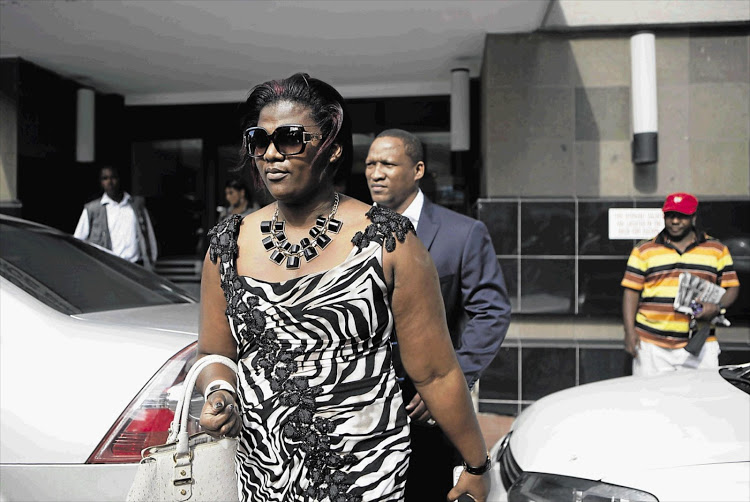 The high court in Pretoria issued a final liquidation order against a company belonging to Durban businesswoman and socialite Shauwn Mkhize (formerly Mpisane) this week.

The application was brought by the SA Revenue Service for outstanding debts totalling about R204m.

Sars welcomed the judgment against Zikhulise Cleaning Maintenance and Transport Service, which it said affirmed its right to liquidate a taxpayer where an assessment is under appeal.

Zikhulise Cleaning Maintenance & Transport was  provisionally placed in liquidation in 2018, till the court on Wednesday then issued a final liquidation order against the company, which it appealed.

Quarantine ... for whom?
TshisaLIVE
10 months ago

The visit by officials from Sars was believed to be in relation to an alleged R141m debt owed to them.

TimesLIVE witnessed various members of the National Intervention Unit (NIU) as well as a number of unidentified people entering the home under the watchful eye of the couple's private security personnel.

They previously had their assets seized by Sars in 2016 under the Tax Administration Act. Apart from  their three-storey mansion in La Lucia, a 54ha farm in the KwaZulu-Natal Midlands registered under the Sbusha Trust, a BMW X5, a Dodge Ram and other cars were also seized.

When the liquidation case was before the courts previously, Mkhize had repeatedly stated that Sars was biased and acted in bad faith by declining to enter into a deferred payment arrangement. The court dismissed that claim.

In their statement on Friday, Sars said the company attempted to show that it met the solvency test by disputing its debt to Sars. The judge relied on Sars' version of the company’s indebtedness and confirmed that the company was factually and legally insolvent.

An important precedent has been set by the judgment, according to Sars.

“It empowers Sars to act decisively against a taxpayer who attempts to circumvent its fiscal obligations by using the court process to restrict Sars from collecting outstanding debt. While Sars will always respect the right of taxpayers to approach the courts to seek relief, it will oppose any such court action if it is vexatious and intent on stalling the debt collection process.”

Commissioner Edward Kieswetter welcomed the judgment and expressed Sars' commitment to enforce compliance against taxpayers who abuse the legal process to avoid their obligations.

“Sars will act within the law and will pursue without fear or favour any taxpayer who is bent on evading their legal obligations,” he said.

He argued that it  was unconscionable that taxpayers, who made their fortunes through government tendering, “would through their carefully calibrated actions, seek to deprive poor and vulnerable South Africans who depend on state-funded social grants by not paying their taxes”.

“This victory must send a clear and unambiguous message to all citizens that Sars will make it costly and hard for taxpayers who choose the path of non-compliance.”

Do you think it was worth the coins?
TshisaLIVE
1 year ago

Shauwn Mkhize says she chooses herself over material possessions