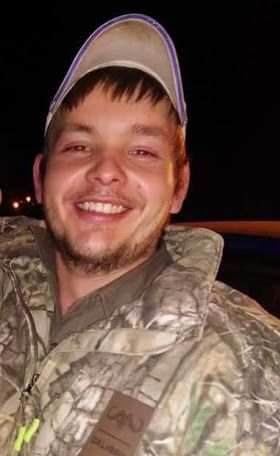 The two men implicated in the murder of farm manager Brendin Horner are to make their second court appearance on Friday.
Image: Facebook

The SA Human Rights Commission (SAHRC) has called for calm as members of the EFF, civil rights group AfriForum and local farmers are expected to descend upon the Senekal magistrate’s court in the Free State on Friday.

This is ahead of the second appearance of two men, Sekwetje Isaiah Mahlamba and Sekola Piet Matlaletsa alleged to have brutally murdered 21-year-old farm manager, Brendin Horner on October 1.

“With reports of the police being present in full-force and anecdotal threats of a willingness for violent confrontation coming from various sources, the SAHRC calls on all involved to exercise calm. The commission demands that the constitutional right to protest be exercised within the ambit of the constitution and the law. Thus all participants in protest action must exercise this right unarmed and peacefully,” the commission said in a statement.

During the last court appearance, enraged farmers stormed the court building, insisting that the accused be released to them. Shots were reportedly fired in the courthouse and a police vehicle was set alight outside. Businessman Andre Pienaar, aged 51, was the sole protester who was arrested. He later appeared in court, where he was denied bail.

We are going to fix this, Cele vows to Senekal’s beleaguered farmers

Police minister listens to their concerns, promises to return in three weeks to put a plan into action
News
1 year ago

Police said they did not take action against the rampaging mob because the situation could have led to innocent people losing their lives.

EFF leader Julius Malema, who has criticised the police's inaction, is expected to lead the EFF demonstrations. In an interview with Newzroom Afrika on Thursday, Malema said they were going to the court to defend the state’s property and democracy which he said was “under threat from white racists”. He said their protest would be peaceful but that if attacked, his party members would defend themselves.

Malema says visit to Senekal will be peaceful, but EFF will defend itself if attacked

EFF leader Julius Malema says his party’s visit to Senekal, in the Free State, will be peaceful - but if attacked, they will defend themselves.
Politics
1 year ago

The SAHRC moved to remind protesters that violence would not solve anything.

“The commission insists that the heightened tensions based on race and social status are of no benefit to the social cohesion that South Africa’s peace and stability are dependent on.

“The push for confrontation with the potential for violence, damage to property and even threats to lives accentuates polarisation, which is contrary to fostering South Africa as a constitutional democracy where all are free, equal and are treated with dignity,” the commission said.

Violence and damage to property will not aid in bringing justice in the name of Mr Horner, or any other person who has lost their life to crime

It called for united efforts between farm dwellers and farmers, and the police to restore trust in law enforcement agencies. It called for demonstrators to allow for the law to take its course without disruption.

“Violence and damage to property will not aid in bringing justice in the name of Mr Horner, or any other person who has lost their life to crime,” the commission said.

In a statement released on Thursday, AfriForum let its members know of its plans of action for the day. The group said it would be separated from EFF demonstrators.

Their members were called to gather at an area next to a restaurant  in Senekal. AfriForum said it had requested this area where it “could take control itself to ensure that activities there are ordered and within the framework of the law”.

Q&A with AfriForum's Ernst Roets on the Senekal unrest

AfriForum CEO Kallie Kriel said their attendance was to protest against farm murders and not to get entangled in confrontations with the EFF. He maintained their demonstrations would be peaceful.

“AfriForum has held numerous successful and peaceful protest actions against farm murders, which succeeded in placing the terror of farm attacks on the agendas of local and international communities.

“We cannot stop doing that now simply because radicals like the EFF want to abuse the opportunity to hold a protest march in support of farm murders. We cannot stop protesting because agitators are being planted in protest actions to discredit a valid opposition to farm murders,” Kriel said.

The Institute of Race Relations (IRR) said it would also be in attendance.

“The community safety charter provides such solutions and offers a realistic hope that we truly can #SaveRuralSA,” he added.

Senekal on edge: killing duo in court as theft plunges farms into ‘crisis’

The suspects’ second appearance spotlights an agricultural sector ravaged by criminals to the tune of R7.5bn a year
News
1 year ago

Police minister Bheki Cele has revealed that one of the men arrested for killing Senekal farm manager Brendin Horner had been arrested 16 times.
Politics
1 year ago