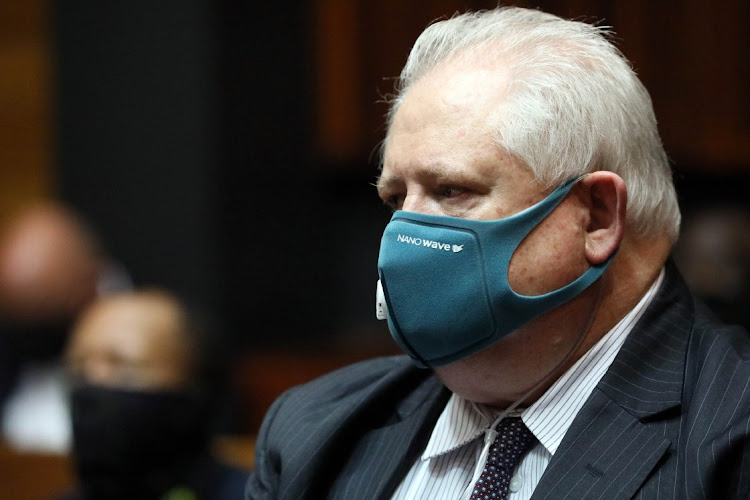 Lawyers for former Bosasa COO Angelo Agrizzi were on Monday still waiting to hear from the high court in Johannesburg when his bail appeal will be heard.

Agrizzi entered his fifth day in hospital on Monday after being admitted last Thursday. He had been denied bail in the Palm Ridge magistrate's court the day before, when he was charged with corruption.

In that case, Agrizzi was formally joined in the case with his co-accused, former ANC MP Vincent Smith, who is charged with corruption and fraud.

The corruption charge relates to gratifications Agrizzi allegedly gave to Smith in exchange for the use of the MP's political influence to shield Bosasa from accountability for corrupting correctional services department officials who awarded contracts worth billions to Bosasa.

A day after the court denied bail to Agrizzi, his lawyers filed an application with the high court in Johannesburg to appeal the decision by magistrate Phillip Venter.

Agrizzi's lawyer Daniel Witz said on Monday the legal team was waiting to hear from the court when the bail appeal will be heard.

Witz said Agrizzi remained in hospital on Monday, and the legal team was awaiting details about his condition from the medical team at Chris Hani Baragwanath Academic Hospital.

The tender fraud case involving former department of correctional services and Bosasa officials was postponed by the Pretoria Specialised Crimes ...
News
1 year ago

Less than 24 hours after being detained in prison, former Bosasa COO Angelo Agrizzi was rushed to hospital on Thursday.
News
1 year ago

Agrizzi has Covid-19 test after being admitted for 'respiratory issues'