Traditional leaders want to resume initiations, but government says not just yet 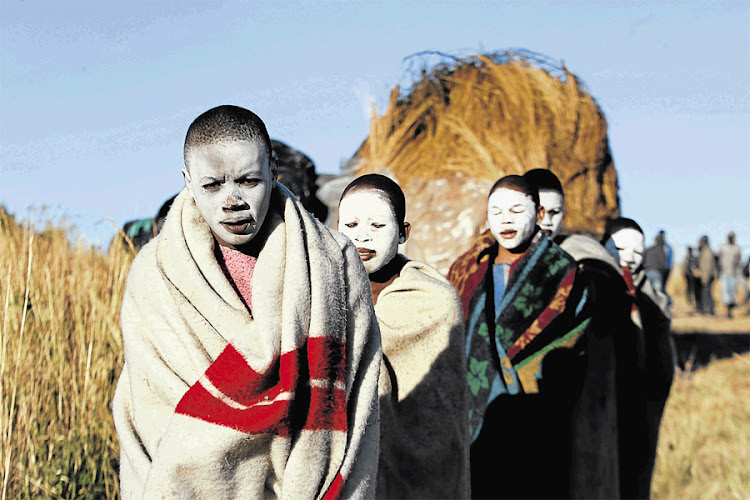 The Congress of Traditional Leaders of SA (Contralesa) has announced its intention to resume initiation schools in December, despite the ministry of co-operative governance and traditional affairs (Cogta) telling TimesLIVE that no official approval had been given from the government yet.

The schools, which are usually open in winter and summer, were suspended in March as the country went into lockdown to curb the spread of Covid-19.

Mokoena said many boys were “desperate” to go through the rite of passage. He said if they were not allowed to do so, there could be an increase in illegal schools.

“When there are many illegal schools, we might not know their location and it would be impossible for us to monitor them to make sure there are no challenges,” he told eNCA.

“Initiation season will be done in December because we don't want to frustrate people who want to enjoy their culture,” he told SABC.

“We don't need permission from anyone to practise our culture, but as responsible leaders, we informed our government. We've made it very strict that anyone who might not be willing to adhere to the set protocols will not be permitted to initiate.”

The number of boys who will be going to the mountains will be limited, Mokoena told Newzroom Africa.

“The number will be negotiated between ourselves and the person who will be permitted to operate the school. We can assure you that all measures will be put in place and there will be no compromise. Anyone who doesn't follow this, the school will be closed immediately,” he said.

Bapela said the department, through minister Nkosazana Dlamini-Zuma, had written to premiers, MECs of Cogta, the national house of traditional leaders (NHTL), and Contralesa to consult on the matter of initiation.

“There are processes of consultation with the department of health, the provincial premiers, and NHTL. The cabinet meeting that was held on September 30 decided that the provinces and traditional leaders should be responsible for the initiation in their respective communities,” said Bapela.

He said discussions were still under way.

“The majority of provinces have indicated they will continue to suspend the initiations this year, it is only the Eastern Cape that has indicated that they would like the ban to be lifted under section 38 of the regulations.

“The minister of Cogta will announce and gazette once the consultations are concluded with premiers, houses, and the coronavirus command council.”

According to the current Government Gazette, male and female initiation practices are still prohibited.

Lockdown blues: here's what is still not allowed on level 1

Here's what is still not allowed or illegal during lockdown level 1.
News
7 months ago

Thousands of boys have to wait until 2021 or summer to undergo the rite to manhood.
News
1 year ago

Traditional leaders and the Eastern Cape government want initiation schools to end their ban on Western medication after the death of five initiates ...
News
1 year ago
Next Article