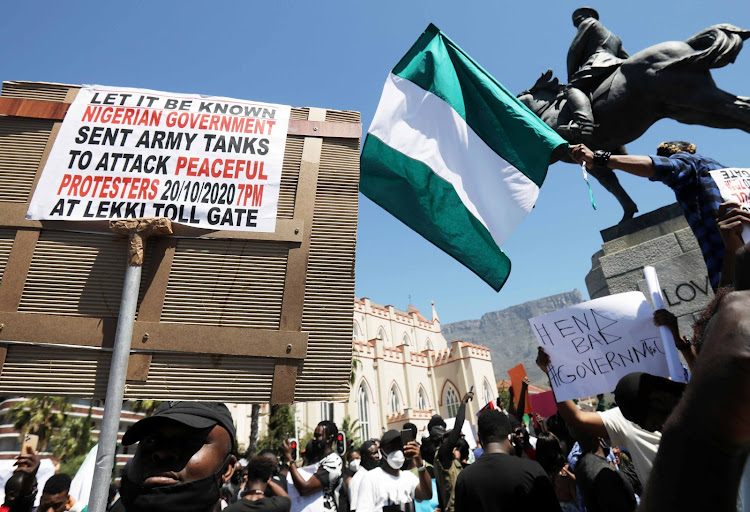 Nigerians based in SA marched to parliament in Cape Town on October 21 2020 to join the #EndSARS protests in solidarity with Nigerian youths who are protesting against police brutality and the Special Anti-Robbery Squad.
Image: Esa Alexander

Nigerians living in SA marched to their country’s embassy in Pretoria to voice their anger over police brutality and other issues affecting their country.

This comes after more than 10 people were shot dead during protests against a police unit, the special anti-robbery squad (Sars), in Lagos, Nigeria’s capital.

There were also solidarity marches in Cape Town. 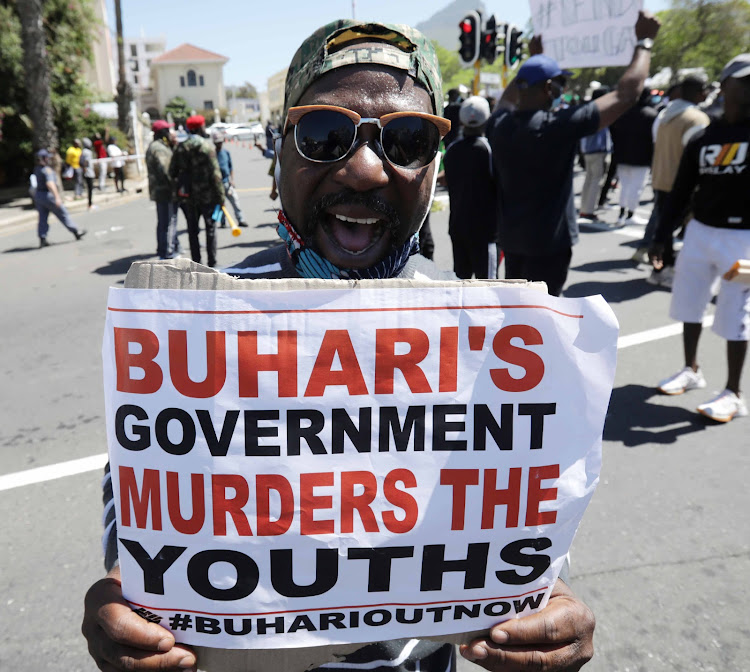 Collins Mgbo, head of secretariat at Nigerian Union SA, said the march to the embassy was not just about police brutality, but about the entire system of government.

“We want the restructure of the system entirely. None of the institutions are working. The police force, the medical, legal and education institutions have collapsed,” he said.

He said they were also marching against corruption.

Commenting on the situation in Nigeria, Mgbo said: “It’s tense. The marches are going on in all the cities. We were told the government sent the military to crackdown on the protesters.” 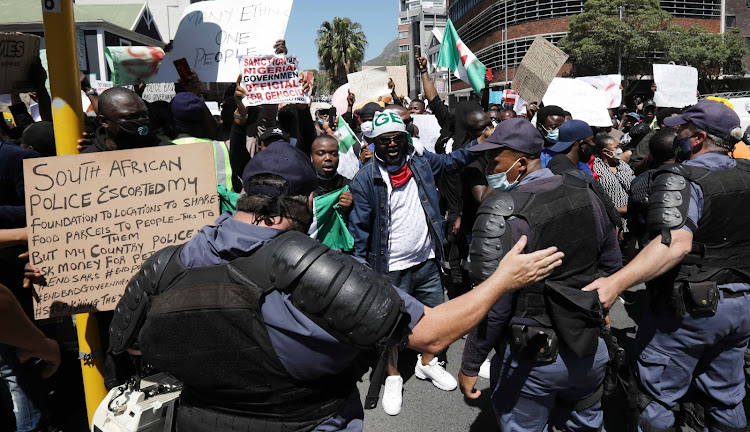 Police control the crowd of protestors marching to parliament to demand an end to police brutality in Nigeria during the #EndSARS demonstration in Cape Town.
Image: Esa Alexander

According to Mgbo, corruption has been endemic in Nigeria for more than four decades.

“I was born into the corrupt system. The time has arrived for us to speak out,” he said. 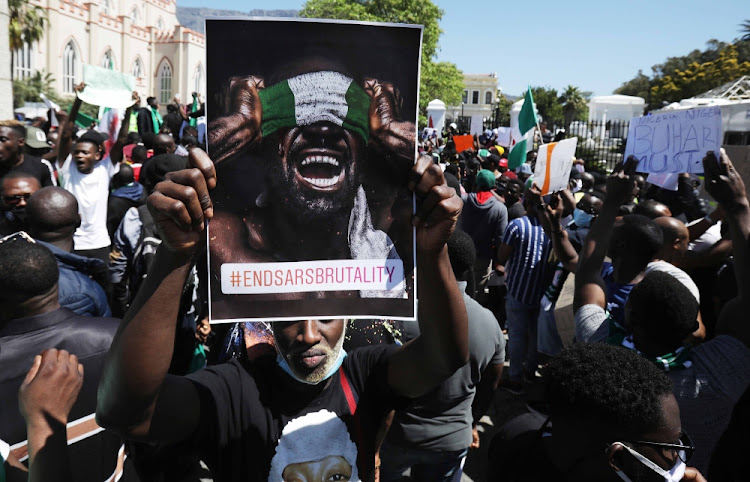 Slogans of solidarity during the #EndSARS protest in Cape Town.
Image: Esa Alexander

Apart from handing over a memorandum to Nigeria’s high commissioner in Pretoria, Mgbo said they had sent petitions to the African Union.

“We will continue to march until there is change and, as Nigerians in SA, we will embark in a peaceful march. We are resolute we want change in Nigeria.”

Soldiers opened fire on Nigerians protesting against police brutality in the Lekki district of the commercial capital Lagos on Tuesday, and at least ...
News
11 months ago

Manchester United striker Odion Ighalo says he is ashamed of the Nigerian government following reports that soldiers opened fire on protesters in the ...
Sport
11 months ago

These celebs want to bring all eyes on Nigeria.
TshisaLIVE
11 months ago