Cop who shot alleged hijacker dead is under investigation by Ipid 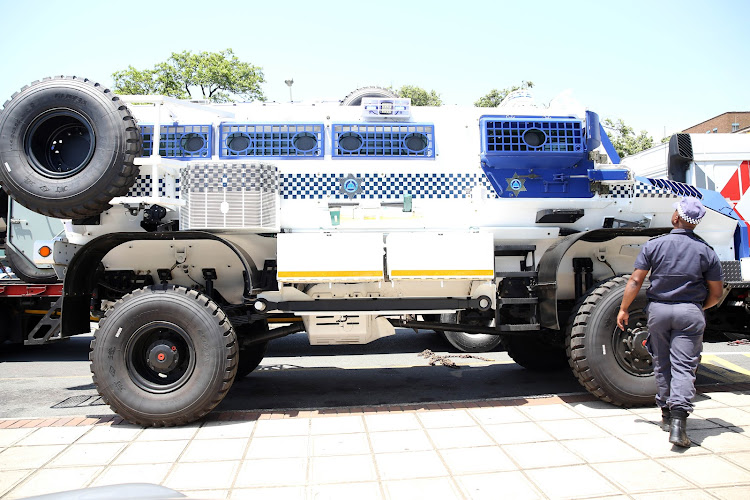 The  police watchdog Ipid is investigating the death of a man who was shot by a Durban metro cop on Thursday.
Image: Thuli Dlamini

Police watchdog the Independent Police Investigative Directorate (Ipid) is investigating the death of a man who was shot by a Durban metro police officer on Thursday.

Spokesperson Ndileka Cola said the shooting took place when the officer drove to work in the morning.

“As alleged, the Durban metro police officer was on his way to work when three males tried to hijack him while he was stopped at the robots. He allegedly pulled out his service pistol and fired shots, fatally wounding the unknown civilian who was approaching the driver's door,” said Cola.

Ipid will issue a preliminary report on the outcome of the investigation.

“The investigation process is still at the preliminary stage. Ipid's investigation officer attended the crime scene. The firearm of the law enforcement officer has been taken for ballistic analysis [and the] postmortem date is yet to be determined. The preliminary report will determine the way forward in this matter,” she said.

Police watchdog Ipid is investigating the death of a KwaZulu-Natal man who was allegedly shot by an officer who believed he was in a relationship ...
News
1 year ago

A police officer who was expected to appear in the Boksburg magistrate's court on Thursday after allegedly assaulting a Pick n Pay manager will ...
News
1 year ago

A former JMPD officer who shot at a fleeing taxi, injuring a woman, has been sentenced to three years' imprisonment, wholly suspended for five years, ...
News
11 months ago