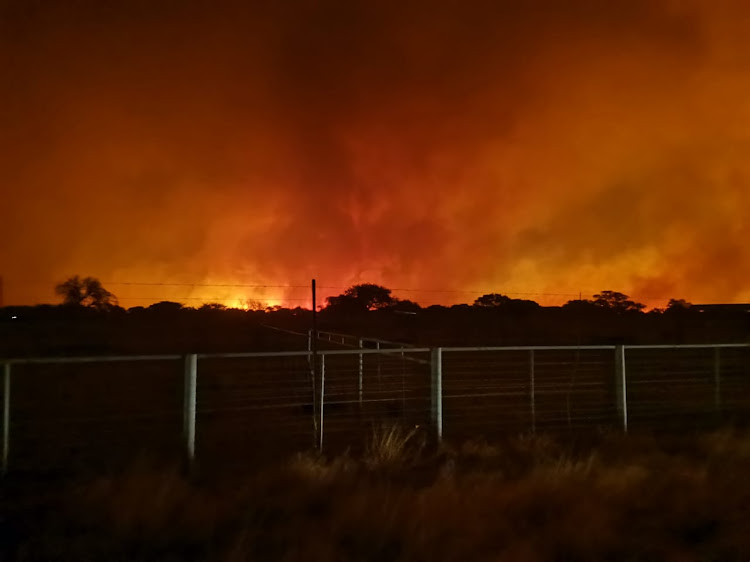 More than 100,000 hectares of grazing land were damaged by the fires.
Image: Sol Plaatje Municipality

A firefighter was injured and had to be rushed to hospital after runaway fires wreaked havoc in the Northern Cape on Thursday.

An estimated 150 firefighters and 50 vehicles were on the scene.

Emergency services were also in attendance.

“The strong winds made it very difficult to fight the fire. Two helicopters bombed the fire with water," Matsie said

The fire was brought under control at around 2am on Friday.

Northern Cape Premier Zamani Saul who flew over the affected areas on Friday afternoon, said more than 100,000 hectares of grazing land were damaged.

He said a fresh fire broke out in Koopmansfontein in the province on Friday afternoon.

“All these veld fires are under control and we are containing them.”

Saul called on locals to be “extra vigilant”.

Hundreds of cattle had to be euthanised to relieve their suffering from extensive injuries sustained during fires which caused havoc in the Free ...
News
11 months ago

A 25-year-old farmer who helped battle fires in Hertzogville, in the Free State, is fighting for his life in a Bloemfontein hospital.
News
11 months ago