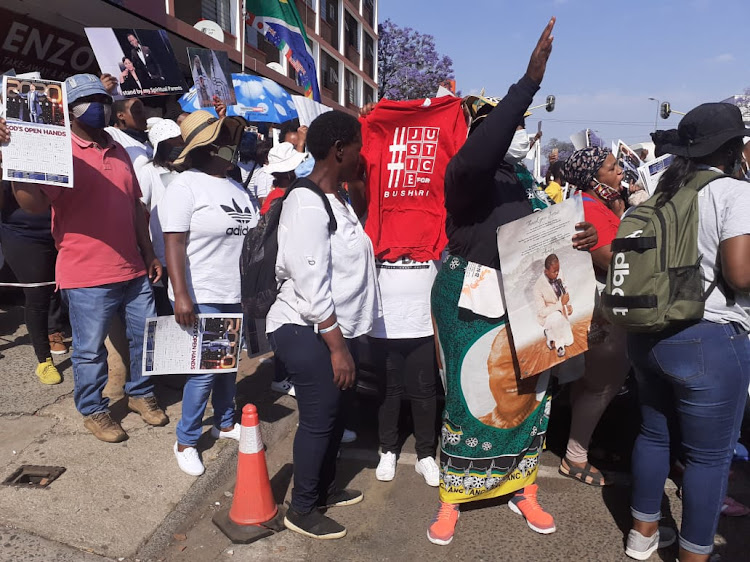 Self-proclaimed prophet Shepherd Bushiri, his wife Mary and another accused, Landiwe Ntlokwana, are due to appear at the Pretoria magistrate's court on Friday when the state will respond to the defence team on their bail application.

Outside the court, the evangelical couple's congregants came out in numbers, singing their support in high spirits.

One of the songs, referring to Bushiri by his moniker, loosely translates as "the Major is our father, we will not go weary".

Placards and pictures of him were held by the crowd.

Followers of Shepherd and Mary Bushiri have spoken out against the arrest of their “spiritual parents”, who are facing allegations of fraud, theft ...
News
11 months ago

One supporter, Locadia Lesho, said she woke up at 5am to travel to Pretoria from Johannesburg.

"I am here to make sure my father is out with me. I miss him," she said

The 49-year-old woman, who commuted by taxi, said she was also at the two previous court appearances.

On the charges against Bushiri, she said: "It's a lie. They just can't see our father makes us prosper.

"They are just jealous because he is making me prosper. They only want themselves to prosper.

"They don't recognise that our prophet is making us all millionaires. I am a millionaire-to-be soon, my prophet told me so."

Lesho said her "father" told her that during the past two months, there will be a miracle and, she said, she bought a car a few weeks ago.

“I've been praying for justice. There has never been a war between prophet Bushiri and myself. I was standing up against corruption, fraud and money ...
News
11 months ago

‘Oracle’ Bushiri has a clear conscience, and his beliefs could bring about a new version of the Bible
Opinion & Analysis
11 months ago