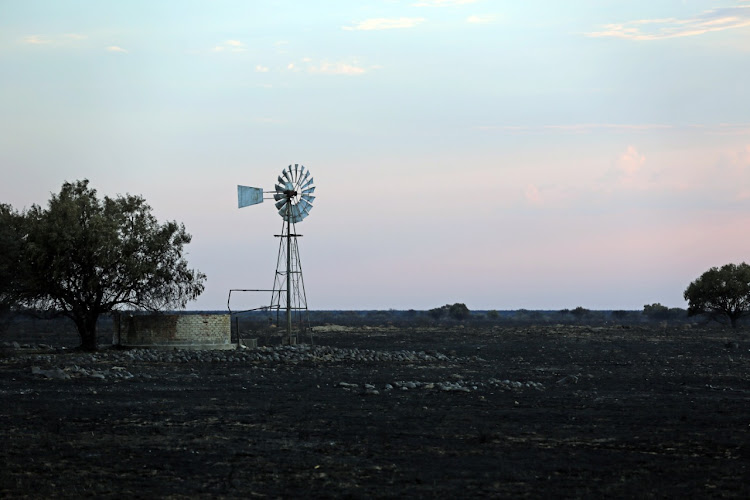 Free State farmers are receiving assistance from non-profit organisation (NPO) Boere Droogtehulp after losing thousands of hectares of land and millions in livestock and property to fires.

Speaking to eNCA on Sunday, the organisation's Chris van Beljon said farmers were devastated by the fires which have been raging for days. He said the organisation delivered truckloads of maize, medicine and food for the animals.

“We've offloaded about nine trucks already and today we're taking 50 trucks down to the Free State. At the moment the situation is calm, the fire has been stabilised so now we just need to feed the animals ... We help them wherever they need us, [be it] medicine for the animals, funds, diesel whatever they need. They contact us and we assist as best as we can,” he said.

What caused the fires?

Residents of Malebogo township were protesting against their local municipality over a lack of water when they started burning tyres and tanks.

Community safety co-ordinator Jannes de Jager told TimesLIVE that the raging fires started after a burning tyre was blown by the wind during the protests.

'You see it and you feel it': Fire of discontent burns all in its path

On the face of it, 19-year-old Thandeka Nonzama and farmer Hansie Labuschagne have little in common.
News
1 year ago

“People started protesting and burnt tyres, tanks and other things. The wind was strong at that time. Where they burnt one of the tyres, the wind picked it up and threw it about 20m from the spot. That's when the fire that spread about 40km started,” said De Jager.

Johan du Plessis lost 30 cattle in the fire. He said there were simmering racial tensions in the community.

“They feel cross about me, who has money, because they don't have any and the government is too corrupt and poor to help them. What am I supposed to do? I don't know how to handle it,” he said. He said he was concerned about the tensions that may escalate as farmers are “powerless” to stop it.

However, Ratholoana Monyane, a community co-ordinator from Malebogo, said residents were angry at the municipality and not the farmers. He said the local municipality failed to provide township residents with basic services like water and to address the concerns of farmers, who feel vulnerable.

Farmworkers Itumeleng Setsetse and Vos Senze are worried that they might lose their jobs after the fires.

Setsetse said he had never experienced a similar incident in the seven years he has worked on a farm. He said staff accommodation was destroyed and workers would have to move to the farmstead should they keep their jobs. He described the deaths of the animals as “brutal”.

Farm employees are anxious about job losses in the wake of heavy financial costs sustained by their employers after wildfires ravaged Hertzogville in ...
News
1 year ago

He is worried about how he will take care of his wife and their three children should his employer let him go.

Senze is from Malebogo. He said he witnessed the protests on Sunday last week when he could not travel to work. Angry protesters stopped him and threatened to burn his horse cart. He was forced to call his employer to inform him that he would miss a day of work.

A farmer who asked not to be named told TimesLIVE that he would keep his employees but would be forced to let them go if he runs out of money.

“I am still dealing with the shock — so much so that when I see people waiting at the corner for a piece job at a farm I get infuriated, because it's probably the same people who started the fire,” he said.

Police spokesperson Brig Motantsi Makhele said 17 people were arrested in connection with the protests. They appeared in the Hertzogville magistrate's court on Tuesday on charges of malicious damage to property and public violence.

He said 11 were nabbed on Sunday and the others on Monday. He said they were all granted bail of R1,000 each, but 10 remain in police custody as they could not afford to pay bail.

They will appear in court on November 5.

A 25-year-old farmer who helped battle fires in Hertzogville, in the Free State, is fighting for his life in a Bloemfontein hospital.
News
1 year ago

While the community of Malebogo informal settlement, Hertzogville, is responsible for fires that have ripped through Free State farmlands this week, ...
News
1 year ago