Another delay would 'send the wrong message'

The case of Zimbabwean national Blessing Bveni, accused of murdering two people and assaulting and robbing others in the Table Mountain National Park in early 2018, continued on Monday in the Cape Town high court.

It was expected that Bveni's sister would take the stand as part of his defence.However, it was learnt that she was living in Zimbabwe, was pregnant, had no passport and had no money to get to SA.

Bveni's defence lawyer Henk Carstens requested yet another postponement to find a way to get Bveni's sister to Cape Town.

But judge Judith Cloete ruled against another postponement. . 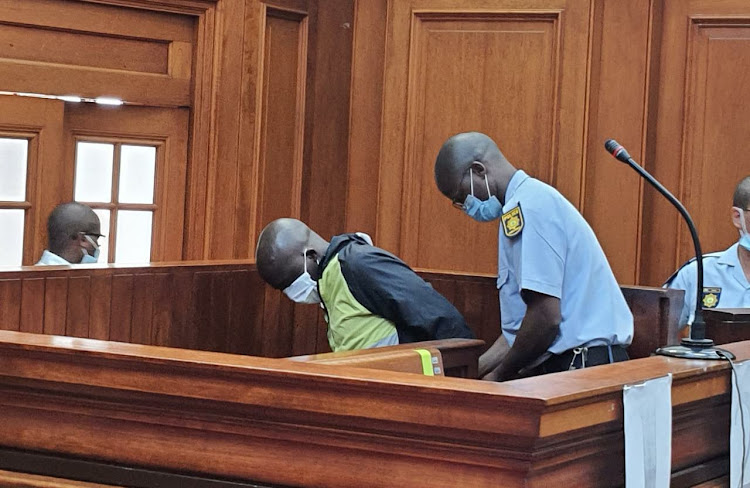 Blessing Bveni is led down to the holding cells on Monday.
Image: Anthony Molyneaux

“This court is very aware of the accused's right to a fair trial. The court system for criminal trials are not only in the interest of the families and victims but also the accused. He has been in custody since 2018. But it will not be in the interest of justice to permit a further postponement to some unknown time and unknown basis in the future,” said Cloete.

“In fact, it will be sending out a completely wrong message and may result in the perception of the public that the courts don't take the administration of justice seriously. The application is refused.”

Carstens then said the defence had no further witnesses and rested its case.

State prosecutor Christopher Burke began his final arguments against Bveni, who was sitting behind him in the dock wearing a white mask over his mouth and nose.

Alleged Table Mountain killer Blessing Bveni is back in court on Monday for the last few days of his double murder trial.
News
7 months ago

Several witnesses have implicated Blessing Bveni, but he denies the claims, suggesting they are lying
News
7 months ago

WATCH | 'I did not murder them': Alleged Table Mountain killer testifies on the stand

Blessing Bveni has pleaded not guilty to counts of murder, attempted murder, assault, robbery and contravention of the Immigration Act.
News
7 months ago