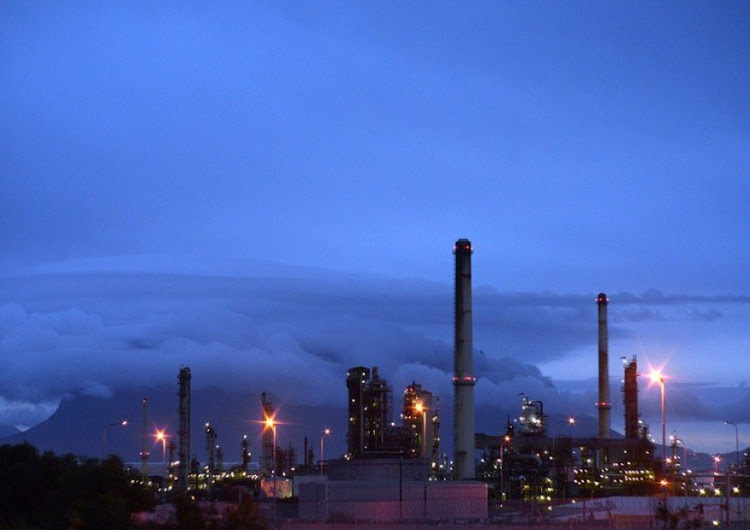 The fuel refinery in Milnerton has had to use municipal water because the quality of effluent from the Potsdam treatment works has been too poor to use. Failures at the plant have also caused severe pollution in the Milnerton Lagoon.
Image: 123RF/Steve Kretzmann

The Green Scorpions have ordered the City of Cape Town to sort out pollution in the Milnerton Lagoon, after continued failures at the Potsdam wastewater treatment works.

The problems at the Potsdam plant in Milnerton have also led to the loss of drinking water, as the Milnerton fuel refinery, which would normally use treated effluent, has switched to municipal water because the effluent is too dirty.

The treated effluent from the Potsdam plant is used notably by Astron Energy, which operates the fuel refinery, as well as for irrigation by farmers, Century City, and MyCiTi. It also flows into the Diep River, which becomes the Milnerton Lagoon before flowing out to sea.

The Green Scorpions issued a directive to the city on September 21, ordering it to remedy the state of the lagoon, which is filled with stagnant, polluted effluent. Failure to comply is a criminal offence.

The directive follows warnings in February and March. Civic bodies such as the Milnerton Central Residents' Association have long complained about the state of the water in the estuary, which often smelt of sewage, and the Organisation Undoing Tax Abuse (Outa) has taken up the cause.

They've have been washing up for weeks, says one resident. Officials hope for answers in the next few days
News
1 year ago

Mayco member for water and waste Xanthea Limberg confirmed receipt of the Green Scorpions’ directive issued on September 21. She said an appeal against the directive had been lodged and the city would “continue to implement its action plan to improve water quality in the Diep River and Milnerton Lagoon”.

At a press conference in February, seven days after the Green Scorpions’ initial letter, incoming city director of water and sanitation, Michael Webster, said R11bn had been committed over 10 years to upgrade the wastewater treatment works, but the city recognised “there should have been investments earlier in regard to Diep River”.

The Potsdam disinfection system was in urgent need of repair, a “belt press” was needed to remove solids from the water, and retention ponds needed repair, said Webster.

Limberg said Potsdam was now compliant with department of water & sanitation licence conditions and “there has been immense progress after various interventions to improve the final effluent quality”. A R1.75bn upgrade of the plant is under way, she said.

But the head of the Milnerton Central Residents' Association environmental portfolio, Caroline Marx, said while the effluent released at Potsdam may now meet the necessary standards, independent water testing had revealed that E. coli counts below the outlet were far higher than they were upstream.

Another plastic nurdle scare in SA

Marx said it may be that the retention ponds, which Webster admitted were leaking, were still releasing untreated or partially treated sewage back into the river.

The city lodged its appeal on October 20, said James-Brent Styan, spokesperson for department of environmental affairs and development planning MEC Anton Bredell, who will have to decide on the merits of the city’s appeal. Styan said Bredell would try to consider it within 60 days.

Failures at Potsdam have caused precious drinking water to be lost to industry.

Industry water usage figures for 2015-2019, obtained after a successful Promotion of Access to Information Act (PAIA) application earlier this year, showed that Astron Energy’s municipal water use tripled from about 500 million litres in 2018, to 1.5 billion litres in 2019.

Astron Energy spokesperson Suzanne Pullinger said the fuel refinery usually obtained much of the water needed for its industrial processes from the Potsdam plant.

Pullinger said the refinery can use up to 5.9 million litres of water per day when running at full capacity. This water is mostly for cooling distilled crude oil, and for steam generation to drive pumps and compressors.

But, she said, in 2019 the effluent from Potsdam was so polluted the refinery couldn’t use it.

“There have been effluent water quality issues with the Potsdam supply, which has meant switching to municipal water usage,” said Pullinger.

Limberg said other than Astron, water from Potsdam was used by Sappi, Durbanville farmers, Century City and MyCiTi.

Plastic polluters should face similar consequences and penalties as those responsible for oil spills, environmentalists say.
News
1 year ago

Environmentalists head back to court to save Vaal River from neglect

The DA are calling for Transnet to be held accountable for a catastrophic environmental disaster this week after a “pipeline theft incident” saw ...
News
1 year ago